Victoria Square was a hive of activity last week, with classic and vintage trucks stopping over for the night on the North Island Classic Commercials Long Lap.

Locals were drawn to Victoria Square last week when a fleet of classic and vintage trucks pulled into town.

The group of about 50 trucks taking part in the North Island Classic Commercials Long Lap parked up at the Square after hauling their way from a previous stop in Taumarunui. Alf and Kath Williamson, current owners of the 1976 Leyland Crusader, with Alf’s father Stan Williamson, 92 (right) the truck’s former owner, who drove it over four million miles over 40 years. At one point, Stan was believed to have had the largest collection of Crusader trucks in the world – 76 of them.

The over 1500km tour started with a few South Island trucks making their way via ship to Wellington, where the trip began. There they joined a few North Island truckies and made their way to Whanganui, New Plymouth, and Taumaranui, with several trucks joining them along the way, before stopping in Cambridge on Wednesday to stay overnight. 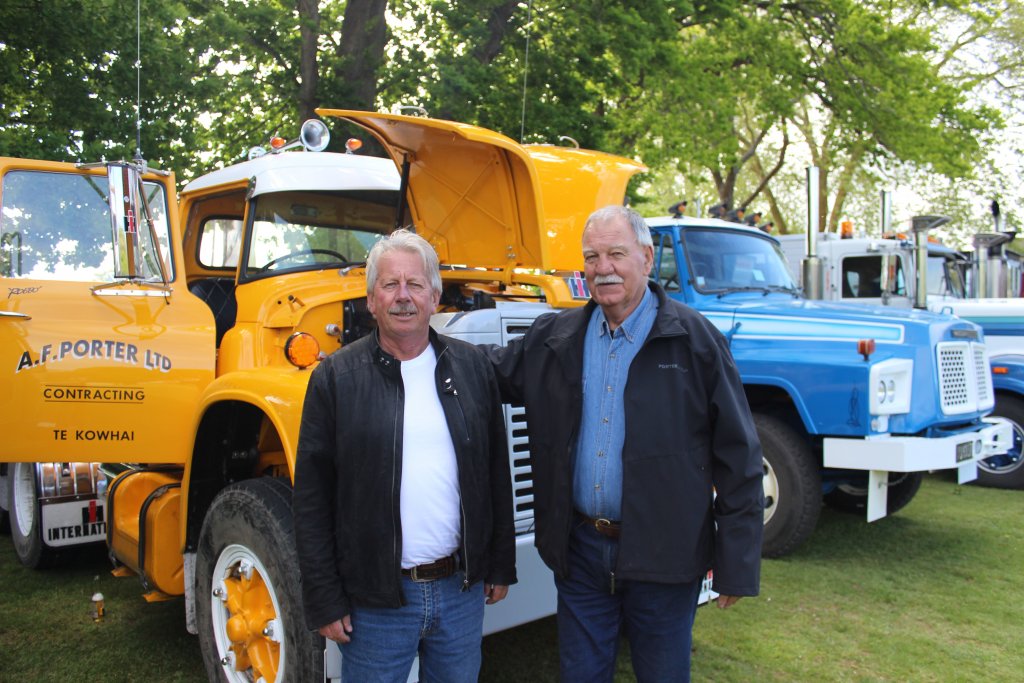 Robin Porter (left) and co-pilot Ross Sutcliffe with Robin’s 1964 International F1800 Loadstar, which has travelled over 1.8 million kilometres in its life. Luckily the truck was fixed just in time for the tour, only leaving the workshop on Monday last week.

After a few dozen locals of all ages got the chance to appreciate the huge range of trucks, before they continued on to Rotorua, Whakatane, Gisborne, Hastings and Fielding, then finishing up in Greytown. There was plenty of interests for truck enthusiasts and curious passers-by during the stop in Cambridge on October 17.