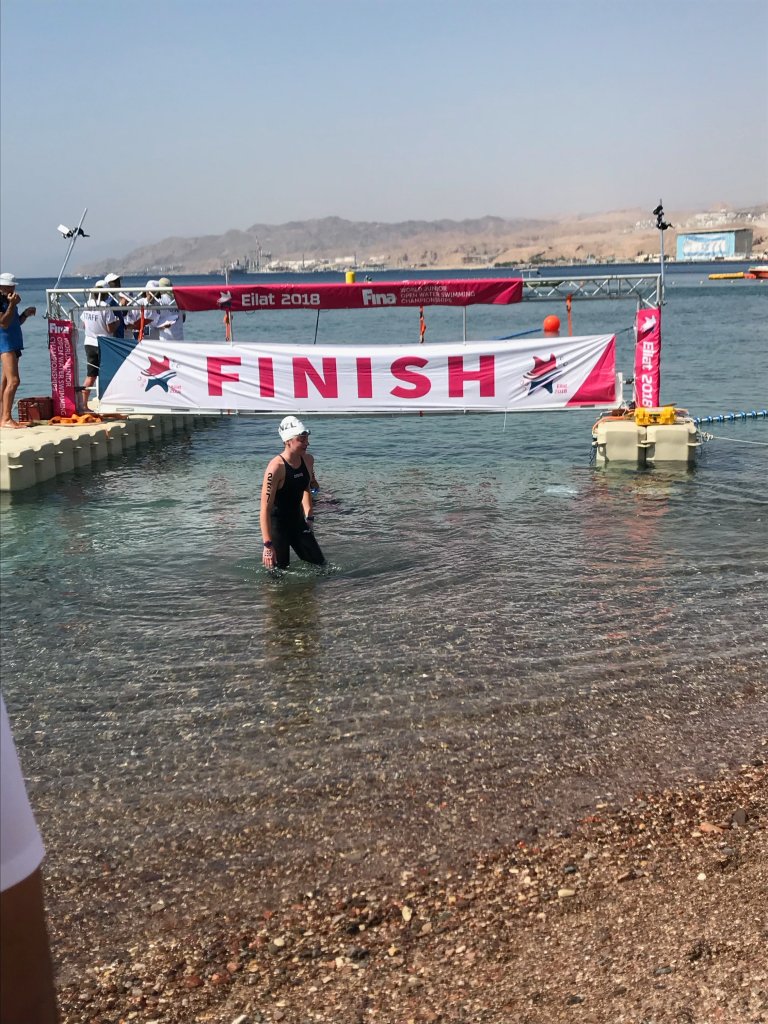 Cambridge swimmer Hannah Blackwood had returned from the FINA World Junior Open Water Swimming Championship in Eilit, Israel with a 25th-place finish and some cool memories after representing New Zealand at the competition last month.

“I gave it all I had on the day, and that’s where it put me,” said the 2017 Cambridge High School graduate. “It was just an amazing experience … I’m so stoked to be able to represent my country.”

Hannah was up against mostly older competitors in the 18-19-year-old women’s division, having turned 18 four months earlier, in what was her first and last time at the biennial competition. “I just really wanted to go and give it the best crack I could because I knew it was my first and last junior race,” she said. “So now it’s onto the big kid stuff I guess!”

“I thought she did a really good job, she couldn’t have given any more,” said Hannah’s coach Carl Gordon, a former New Zealand representative swimmer who was on the side-lines at the competition.

The competition kicked off on September 7, with swimmers spending around two hours to completing six laps around a 1.6km course. Hannah Blackwood is back in Cambridge training out of the St Peter’s Swim Club, after finishing 25th at the FINA World Junior Open Water Swimming Champs.

Hannah said it was “hands-down” the hardest race of her life, with the outside temperature at 40 degrees and the water a warm 27.

Despite not quite finishing where she’d hoped to, Hannah was still rapt with the experience and keen to keep on swimming to the next goal.

Hannah wished to thank the Perago Trust and the Cambridge Lions for supporting her on her journey, which was also self-funded by her part time job, as well as a big thanks to her coach Carl and her family who were on hand to support her in Israel.

“Israel was just amazing,” she said. “If I didn’t get the chance to do the competition, I probably would never have gone to Israel in my life. … It was very cool.”