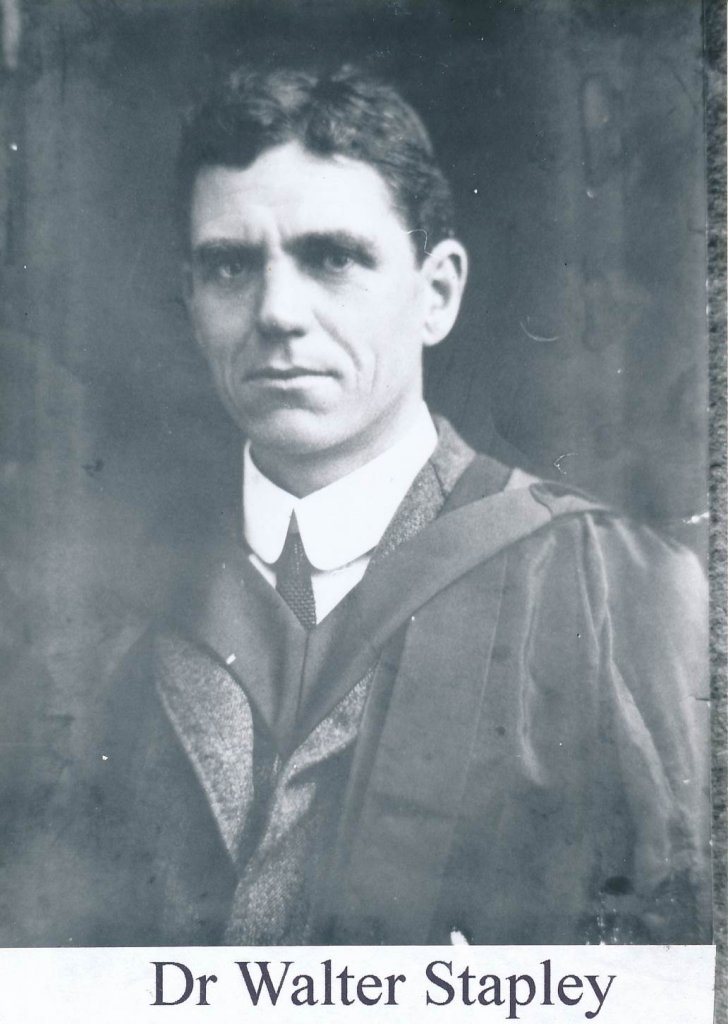 Dr Walter Stapley was one of the medical professionals who tended to the townspeople stricken by the ‘flu, having been a doctor in the town since 1912. He died suddenly in 1926 at age 55, and there is a memorial seat in his honour outside St Andrew’s.

As the country prepares to commemorate the centenary of Armistice next month, it is timely to remember the influenza pandemic – also called the Spanish ‘flu – that swept the world at the same time. Cambridge, like everywhere else, was affected by the pandemic which is estimated to have killed about 50 million people worldwide. People from previously isolated communities, such as Alaska or the Pacific Islands, were hit particularly hard, with the ‘flu wiping out a quarter of Western Samoa’s population.

The return of soldiers from World War I helped to spread the disease, with troops living in close quarters and then unwittingly bringing it back to their loved ones.

Such was the seriousness of the outbreak in Cambridge, scheduled peace celebrations for November 14, 1918, were put on hold. According to the Cambridge Museum: “The celebrations, opening of the swimming baths and the Horticultural Show were all postponed. Primary school exams were cancelled, the fancy dress dance postponed, and University Entrance exams stopped. Public buildings closed. There were no public meetings. Footpaths throughout the town were disinfected.

The Cambridge Borough Council was soon asking for voluntary aid to assist families in distress and the doctors were working at high pressure. The Town Hall became the headquarters and hospital where all cases of sickness requiring medical attention or nursing were registered. Lake Street beside the Town Hall was closed.”

By November 26, fifty patients had been admitted to the Cambridge hospital. Five people died in Cambridge, including two nurses – Miss Linda Veale and Miss Margaret Watt.

Three more Cambridge soldiers died. As was the documented trend, males were more susceptible to the disease and adults were more severely affected.

The worst was over by mid-December, with the town coming back to normal. The Town Hall hospital was closed and fumigated, and local hotels and businesses reopened.

The influenza pandemic killed an estimated 9,000 New Zealanders during what is still this country’s largest public health crisis, according to Manatū Taonga Ministry for Culture and Heritage chief historian Neill Atkinson.