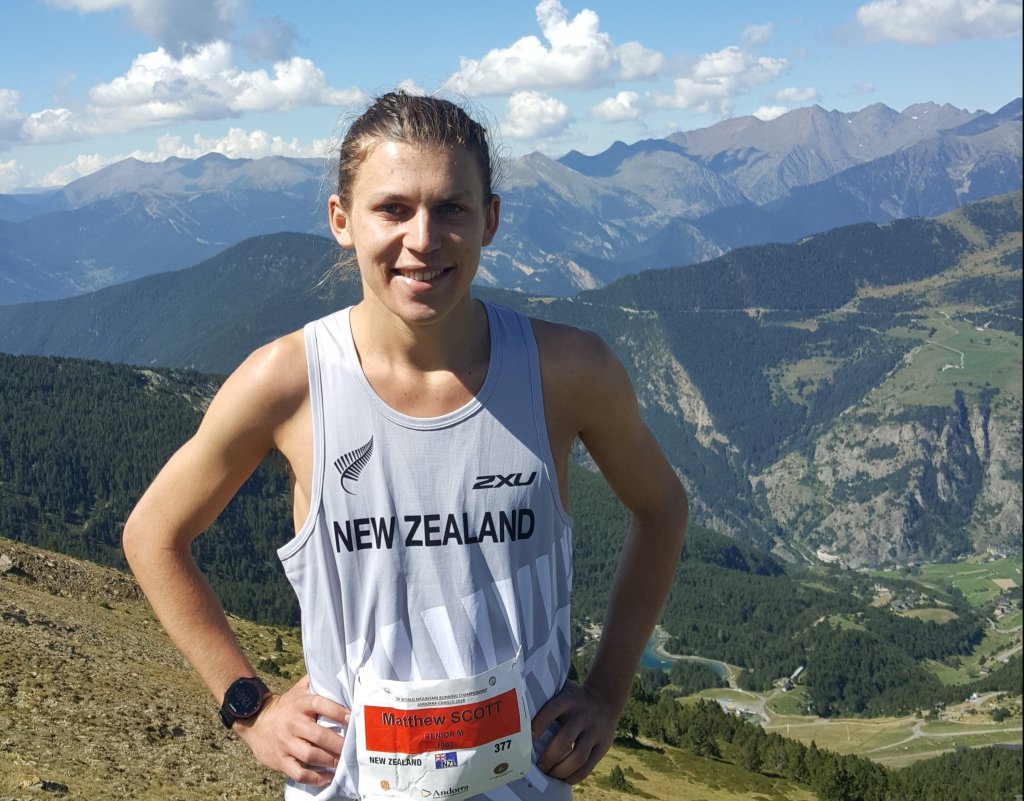 Matt Scott smiles for the camera after finishing his race at a 2500m altitude in the Andorran mountains.

Cambridge mountain runner Matt Scott has finished his stint at the World Mountain Running Championships with the satisfaction of having actually completed a gruelling 12km uphill course over rugged, high altitude terrain.

The 2015 St Peter’s graduate started what would be a one hour and 17 minute race at an altitude of 1500m, ascending a further 1000m in height to the finish line.

“The whole experience was crazy,” he said. “The steepness makes you work hard the whole time, coupled with the altitude I felt like I was going to have a heart attack. It was great crossing the finish line and being able to collapse on the ground for a while!”

Although Matt experienced some high-altitude breathing problems during the first half of the race – held September 16 in the Andorran mountains – he “came right” over the second half and managed to finish 96th in the world. “I don’t really mind about being at the back of the pack, it was expected being only my second year in the seniors,” he said. “It was amazing to even be able to race there and it gives me a benchmark to improve on.” With such a tough course ahead of him, Matt started out the race “pretty easy” he said, “so not to get carried away in the excitement of the start.

“It was crazy to race in a field that big and strong, it meant there was always people to run with and chase.”

The first 1.3km of the course ran along a road, before it “shot up 2000m (500m ascent) over the next 3km,” Matt explained. “After this there was a couple of kilometres of rolling hills before the track shot up again insanely steep to the finish at 2500m.

“It was a super tough race.”

Matt has already switched his focus to the next challenge, planning to do a few trail races and track races in Christchurch, where he studies at Lincoln University, before getting back into training for the mountain running nationals and then the 2019 world championships, being held in in Argentina next year.