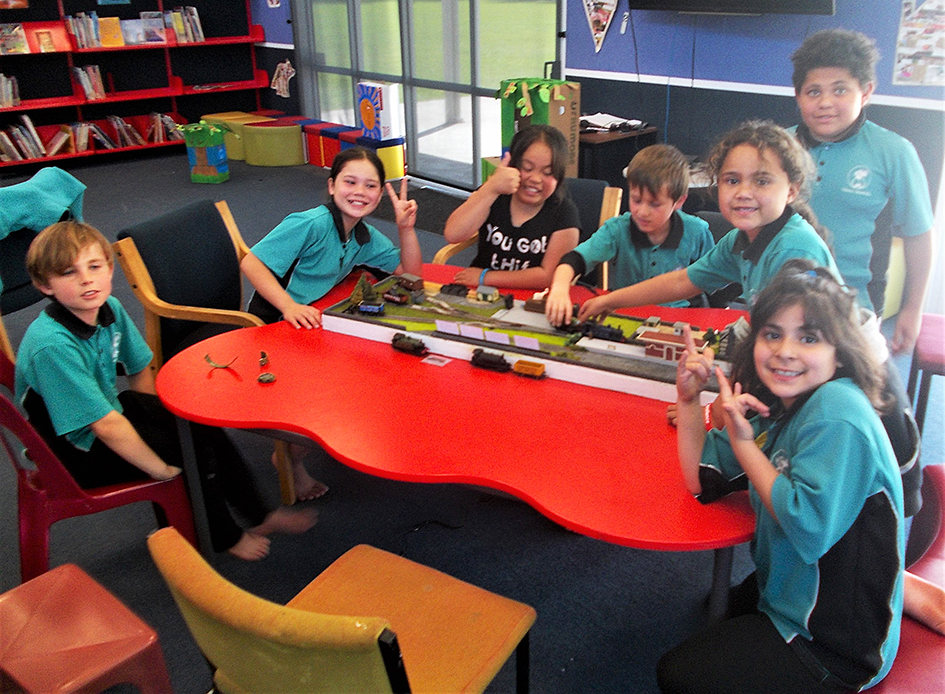 Some of Tirau Primary’s Room 2 having fun with shunting puzzles.

Model train lovers are in for a treat this Labour Weekend.

The Greater Waikato Railway Modellers, in association with Castle Pamela and Tirau Primary School, is staging a model railway exhibition in the Castle’s great hall from Saturday to Monday, October 20-22. The exhibition will open at 10am and close at 3pm on each day.

The GWR Modellers decided on a multi-faceted approach to this year’s exhibition. It approached Pamela and Kelvin Baker of Castle Pamela and Tirau Primary School principal, Siobhan Patterson, to see if it could partner with the school to raise funds for both Tirau Primary and the modelling group.

As part of the build-up to the event, and to generate interest, the modellers took some shunting puzzles along to the school to let the pupils have a go.

GWR Modellers’ spokesman Phil Murray said the morning proved to be so successful that the modellers hope to do it again, and perhaps extend its involvement next time to include a model-building session.

Meanwhile, the Labour Weekend exhibition will feature about 12 different layouts, including Thomas the Tank Engine, a Christmas layout which may have a Santa train, and some interactive fun in the form of Drive-a-Train, and shunting puzzles.

The Castle’s café will be open during the exhibition, and for an additional charge at the café, visitors will be able to visit the Castle’s museum and other exhibits.