Sailing hasn’t stopped for Cambridge’s Micah Wilkinson after winning the Cardiff leg of the 2018 Flying Phantom Series, continuing on the hydrofoil catamarans known as the Flying Phantoms to compete in the Qingdao Mazarin Cup in China.

Teaming up with Tamahere’s Isaac McHardie, the Kiwi pair finished first on 110 points, well-ahead of three French crews placed behind them at 92, 91 and 81 points, followed by a Hong Kong crew on 67.

The New Zealand duo exhibited exemplary sailing straight off the mark, keeping the rest of the twelve-strong international fleet at bay with flawless boat handling. The penultimate day saw them score wins in every single race, moving into the finale with an impressive 18-point lead on the chasing French team, Culture Foil.

“We’re absolutely stoked to have won the event,” Micah said at the conclusion of the regatta, held from September 30 – October 3. “It’s been such a well-run event with some awesome racing. Yesterday was one of the best days I’ve ever had on the water…it was amazing.”

Wednesday’s racing saw a big change from the 24-knot winds that opened the event. Race management opted for exhibition races only after winds dropped to 0 – 2 knots on the final day, still garnering cheers from the Chinese crowds surrounding Fushan Bay.

“Unfortunately, the wind became really shifty… It was not possible to set fair races,” explained Race Director Anne Mallédant. “The key point is to make the game fair. My decision was to go for non-point scoring races to put on a show for the many spectators on shore.” 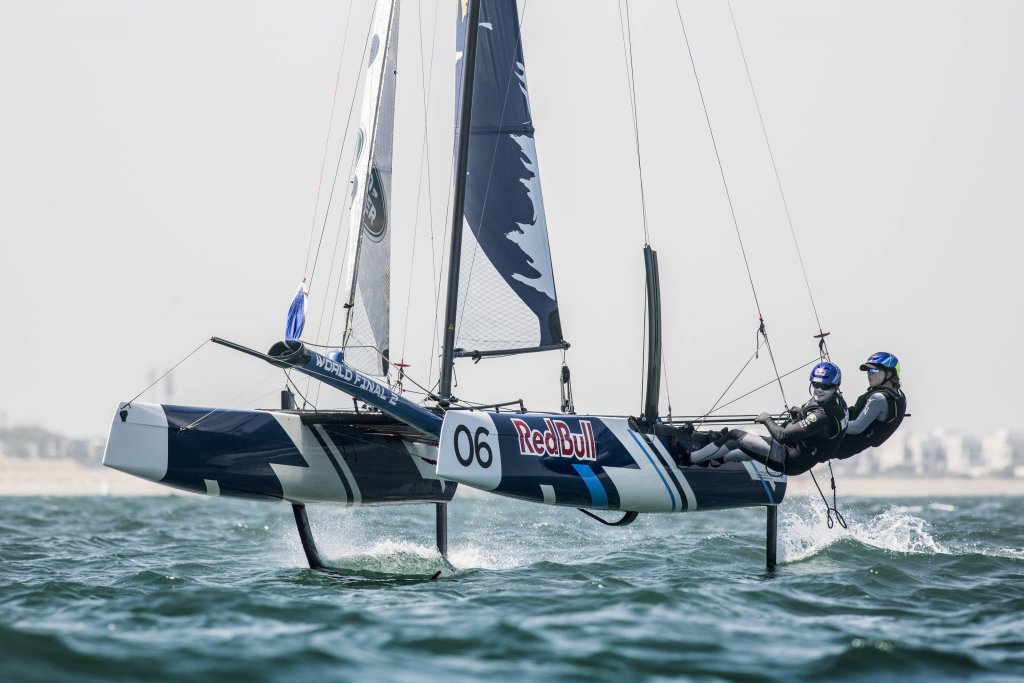 Micah will now switch to individual sailing for the time being, competing in the 2018 International A Class Catamaran World Championship in Australia next month.

“December is when we really start getting into the New Zealand training side of things,” Micah explained, looking forward to re-joining his usual training partner Olivia Mackay – who took time off after the Flying Phantom Series to have hip surgery. “Liv will be back, she’s hoping to be back in the Nacra 17 (sailing boat) in December, and then we can start our New Zealand training programme that runs through to March.

“The World Champs are in New Zealand next year which is quite exciting.”

“A big thanks to my family as always for their continued support, my parents and grandparents, Red Bull and High-Performance Sport New Zealand.”