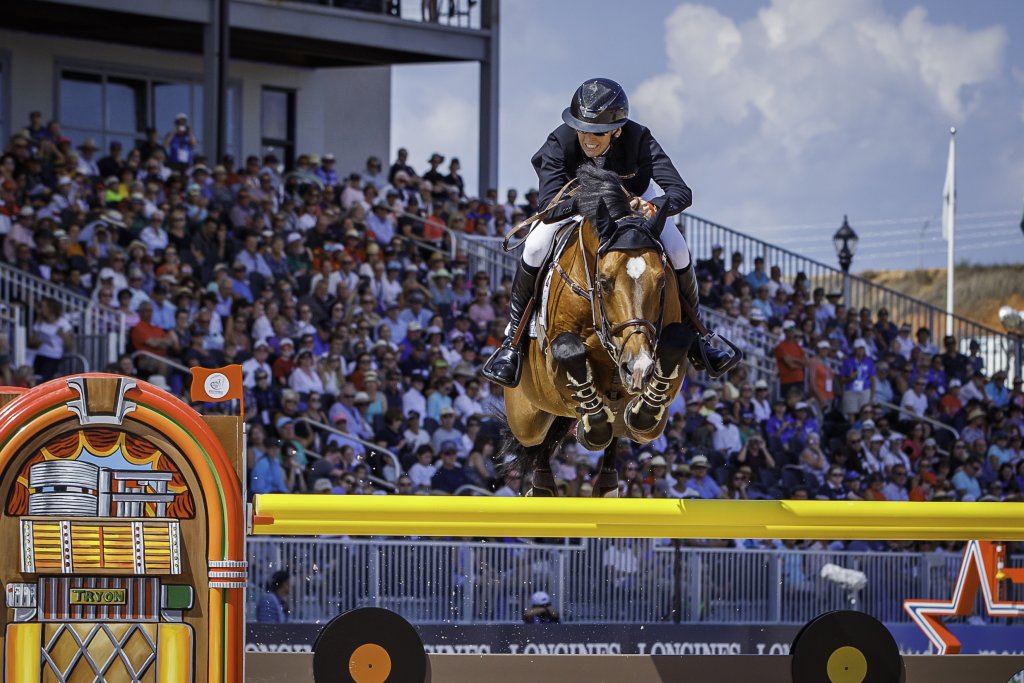 Sam McIntosh and ‘Check In’ fly through first round of the FEI World Team and Individual Jumping Championship. Photo – Libby Law Photography.

It’s been a stellar performance for New Zealand’s jumpers at the 2018 FEI World Equestrian Games in North Carolina, where local rider Sam McIntosh, along with Daniel Meech, Bruce Goodin and Sharn Wordley, had the most successful day ever for Kiwis at the event on September 20.

Competing against 125 combinations from 49 nations in the speed class – where faults are converted to time – New Zealand finished in 15th out of the 25 teams at the end of day one, on 13.03 penalties.

McIntosh, riding aboard Check In 2 owned by Takapoto Equestrian, notched clear rounds to finish in 20th place with her 81.81-second effort.

McIntosh was rapt with her 15-year-old stallion. “He was really working with me and jumping out of his skin,” she said. “It got a bit hairy after the water because I had a really long stride there but he is a super water jumper, so I just had to trust him and go with it and wrangle him back in after.”

On day two McIntosh and Meech made their way through to the second round of competition, tackling a large and technically challenging Alan Wade designed course with 30-plus degree heat adding even more pressure.

It was a massive day for all 119 combinations; clear rounds were few and far between with just five leaving everything in place and coming home inside the time allowed, and four picked up a single time fault.

McIntosh and Check In 2 were ahead of the Kiwi team, with just a single rail for four faults to place 15th. “It turned out to be a very tough course today,” she said.

Daniel Meech and Fine had two rails down and picked up two time penalties to finish in 53rd place. New Zealand placed 18th with just the top 10 going through to the final team round.

Full results are available at www.nzequestrian.org.nz.