The Waikato team at the Junior Provincial tournament.

Cambridge hosted teams from around the country recently when the local golf club became the centre of the National Junior Boys Inter-Provincial golf tournament over October 1 – 5.

Waikato Golf Chief Executive and tournament director Terry Booth said the event was fantastic this year with Thursday’s minor threat of rain proving to be just that, with fine weather prevailing throughout.

“I was very pleased with the way our young ones came through the event at that level, it can only get better next year,” he said.

With local golf champions Jordan Woodall and Charlie Smail now out of the team – having helped win the 2016 event for the Waikato team –St Peter’s student Oak Archvarin along with Jack Trower and Luke Kidd carried the responsibility of winning the event once again, with the addition of Logan Madden and under 16 players Todd Higgs and Ethan Price (Cambridge) on the team. 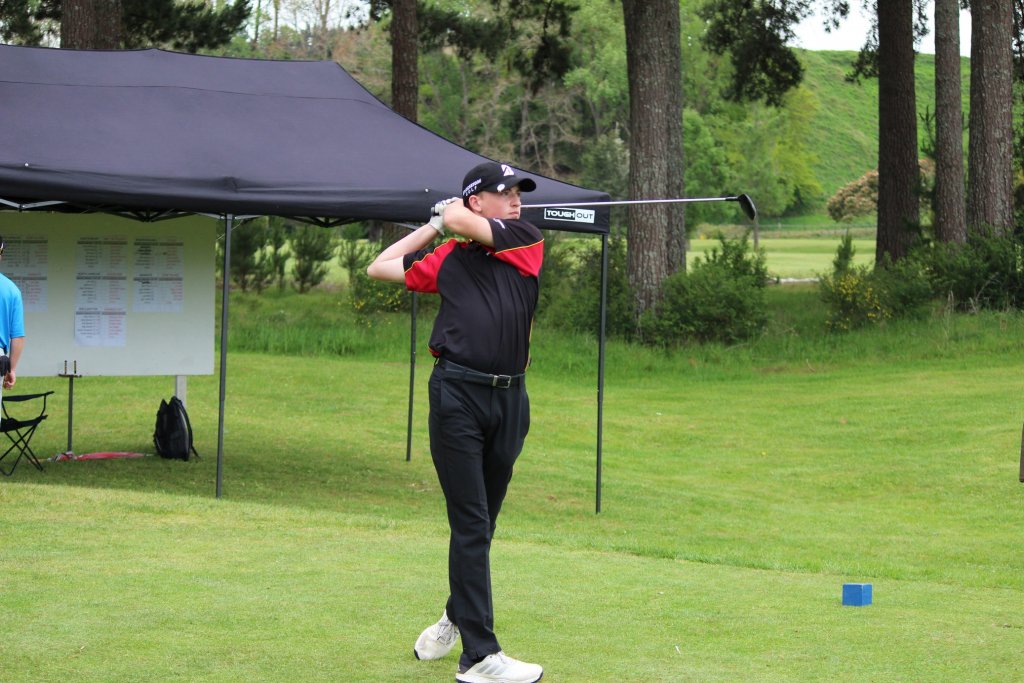 Cambridge’s Ethan Price tees off on the fifth hole.

“He did very well in his first year in this grade of golf,” Terry said of Ethan’s efforts. “We were delighted to have him in the team and he played very well.”

Two divisions were played during the tournament, with the winning team from each division facing each other for the top overall spot. The Waikato team made it into the final of division two but lost against Otago – the 2015 champions.

After causing the upset of the tournament, defeating defending titleholders and hot favourites Canterbury in round three, Wellington cruised to a 5 – 1 victory in the final against Otago – the first time the region has won the tournament in its 19 years. Their number two golfer Nicolas Changarnier also won the Player of the Tournament. 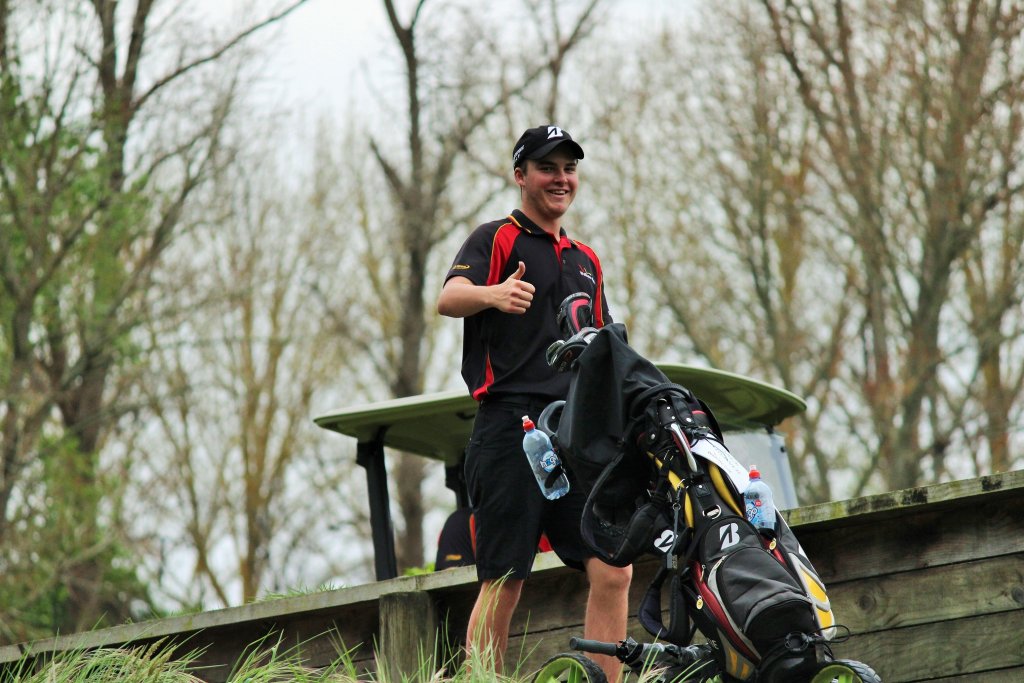 The Waikato team’s number one golfer Jack Trower smiles for the camera during the tournament.

Canterbury made up for their earlier defeat in beating Auckland for third place, while the developing Waikato team managed 9th place overall after defeating Taranaki.

In addition to his team and the Cambridge Golf Club, Terry Booth gave “heaps of praise” to the Cambridge Caterers, GreenStaff, management and volunteers for another very successful Inter-Provincial Championships.