Calcutta Cup winner Gerard Whittaker (right) and competitor Wade Bell battle it out in the final.

50 players from the Te Awamutu, Leamington and Cambridge squash clubs competed in the knockout competition which saw players eliminated after each round. Each competitor was allocated a player handicap score based on their current national grading points, creating a system which made it an even playing field for the various skill levels and allowed lower grade players the chance to be competitive against higher grade players. It all culminated in eight players battling it out in the finals evening, where Gerard won over Wade two games to one. 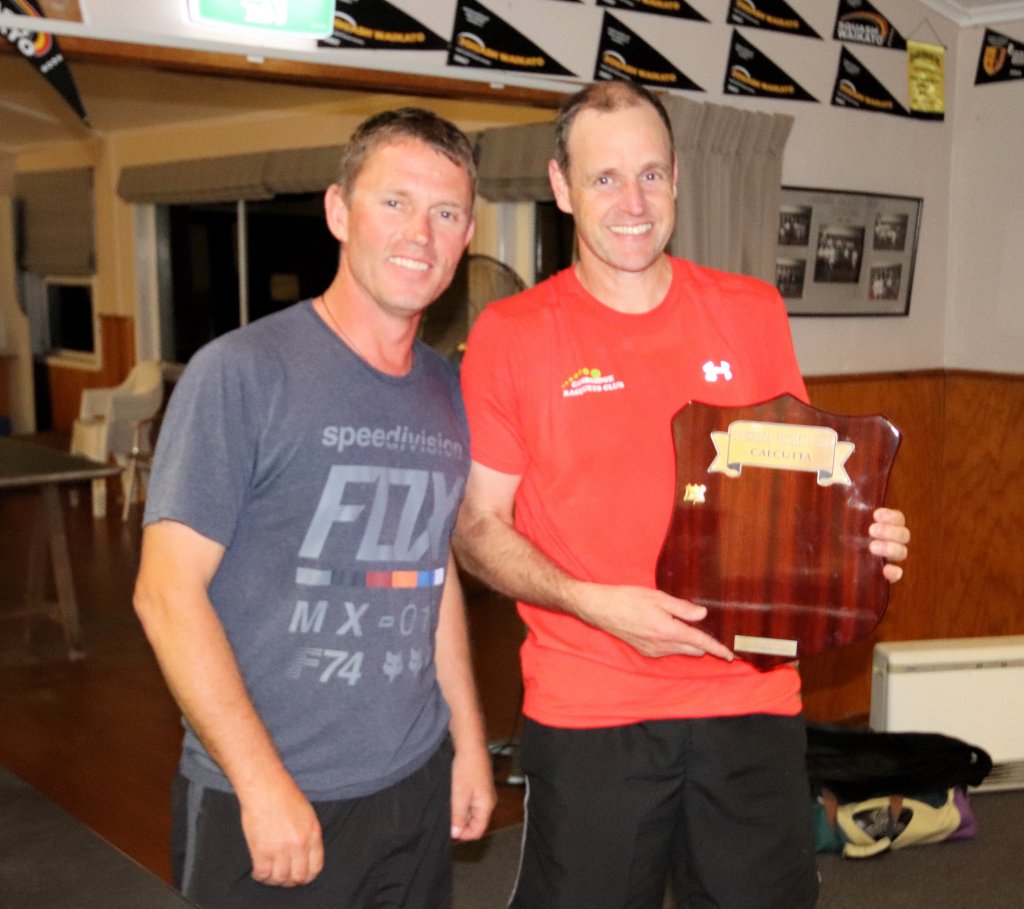 “A good crew of supporters turned up to support the players in their finals matches, and there was plenty of good-natured banter between the Cambridge and TA supporters,” said Cambridge Racquets Club manager Wayne Peterson.

“Both Gerard and Wade play a similar fast-paced game and there were some amazing rallies throughout the match. The minor placings also featured some great battles with a number of golden point games determining the match out comes.

“Tania Frederiks’ final game against Ben Calvert was an absolute cracker, with Tania holding off a determined comeback chase from Ben to win by golden point in the 3rd.”

“Big thanks to Stephen Oxenham and Ivan Martinovich for running another successful Calcutta Cup,” said Wayne. “Thanks also to the Oxenham family for donating the new Calcutta Shield trophy.”