New Zealand’s Women’s Four were rapt after securing bronze in the A final. Photo – Rowing NZ.

Having spent the past few months training out of Karapiro, the New Zealand team took home three medals across the Men’s Four, Women’s Four and the Women’s Double Sculls.

St Peter’s students Rebecca Leigh, from Karapiro, and Brooke Kilmister, a boarding student from Waihi, were competing at the event, Brooke in the bronze-winning Women’s Four and Rebecca in the Junior Women’s Quadruple Scull, which placed third in the B final.

Racing the A final, the Women’s Four crew managed to move into second place as their final sprint began, hot on the heals of the US team, with Italy close behind them. The Kiwis were just pipped by the Italians for second, taking home third instead.

“It was a tough race from the start but we managed to hold on,” said Brooke. “It was then all or nothing in the last 500 meters. We’ve been together for 10 weeks and it feels very special. We’re like sisters now.”

New Zealand also entered two crews into the 2018 World Rowing University Championships August 10 – 12 in China, comprised of three rowers from Massey University which each took home medals from A finals.

Racing in the Men’s Lightweight Single Sculls, Harrison Sommerville managed to win gold in a time of 7:02.87, almost three seconds clear of Germany in second. Meanwhile Amy Mills and Georgia Allen won bronze in the Women’s Double Sculls, just 0.2 seconds ahead of Italy, with China and Canada first and second. 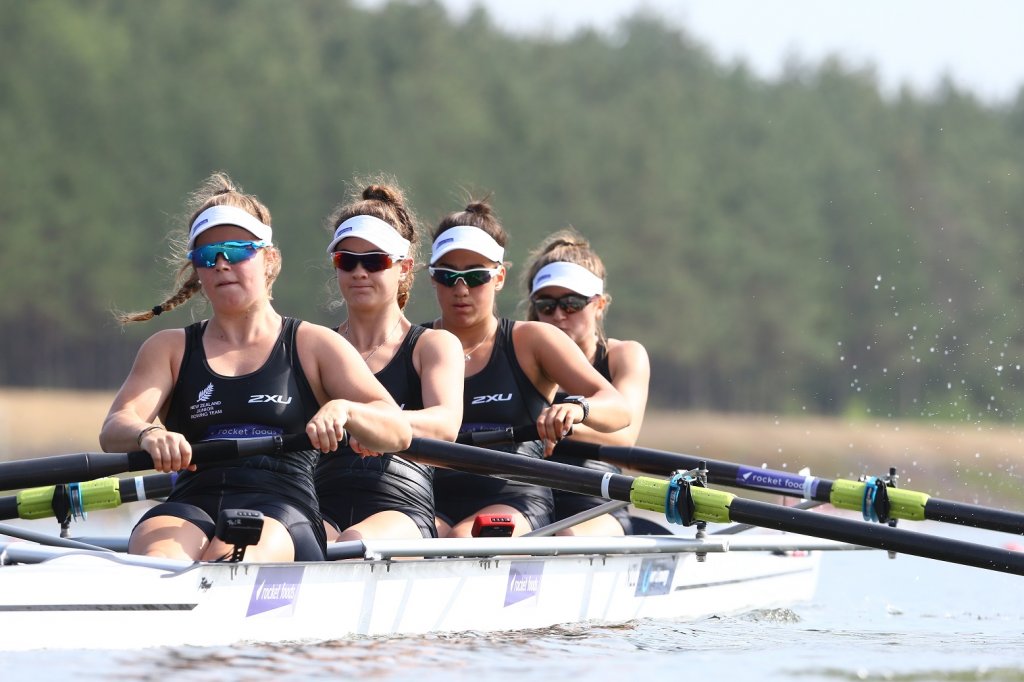