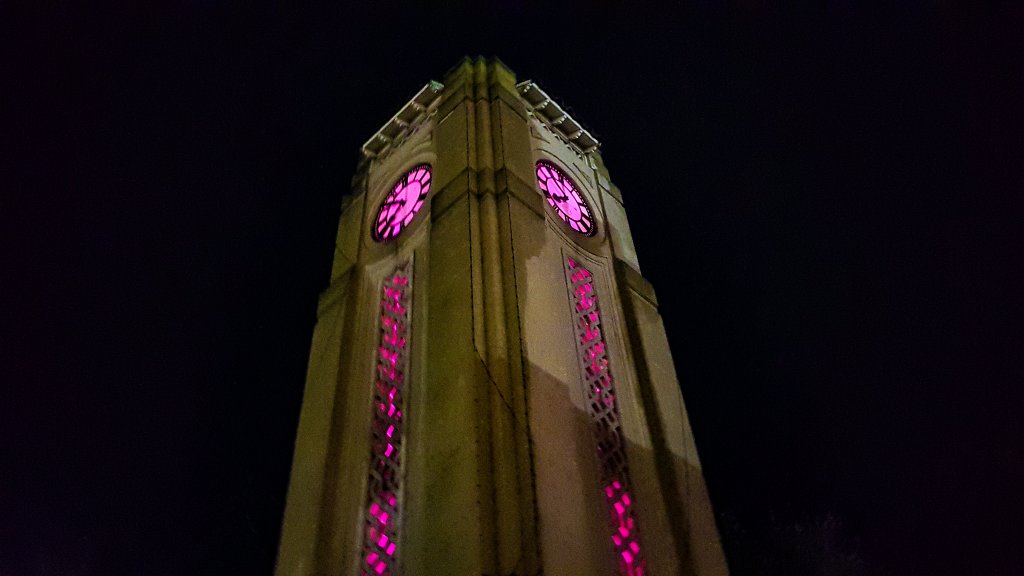 The Town Clock will be sporting a purple hue until September 25, in commemoration of the 125th anniversary of women’s suffrage in this country. Photo – Michael Jeans.

The Cambridge Town Clock is being bathed in purple light for a week, in honour of the 125th anniversary of women’s suffrage in New Zealand.

The Electoral Act 1893 was passed on September 19 of that year, giving all women in New Zealand the right to vote.  It meant New Zealand was the first self-governing country in the world in which all women could vote in Parliamentary elections. In most other democracies, including Britain and the United States, women did not get that right until after the First World War.

Despite being given the vote, women were not allowed to stand for Parliament until 1919 and the first female Member of Parliament (Elizabeth McCombs) was not elected until 1933 – 40 years after the introduction of women’s suffrage. Taupō MP Louise Upston, New Zealand’s 108h female MP, said we have come a long way since the first female MP was elected, “but there is still more work to be done to ensure gender equality.”

“New Zealand Parliament now boasts the highest proportion of women in its history. With the recent return of West Coast-Tasman list MP Maureen Pugh and the swearing in of Wellington Central list MP Nicola Willis, the proportion of female MPs has now grown to 40 per cent. Jenny Shipley was our first female Prime Minister and our current Prime Minister is a great example of how women are more than capable of grabbing opportunities and running with them,” Louise said.

To commemorate the 125th anniversary,  the Cambridge town clock and Te Awamutu library will be bathed in purple light until September 25. Purple is a colour strongly associated with the suffrage movement, which was led in New Zealand by Kate Sheppard – who now features on New Zealand’s $10 note in honour of her role in women getting the vote.