Eltje Malzbender has returned from the Para-cycling Road World Championships with more than one reason to smile.

Cambridge’s inspirational para-cyclist Eltje Malzbender has returned from the Para-cycling Road World Championships with more than one reason to smile, having made a top placing as well as smashing her goal with an unexpectedly fast time on the trike.

Eltje was competing at the event in Italy at the start of August, just two years after receiving a traumatic brain injury which radically changed her life, leaving her in the lowest level of coma which people can recover from, with fractures to the vertebrae in her neck and no expectation from doctors to walk or talk again.

But with a positive attitude and keen thirst for life, she worked her way through intensive care and rehabilitation, moving from Te Kuiti to Cambridge where she could better rebuild her strength and independence. It was here the elite cyclist and champion runner got back on the bike – a trike this time – working with her coach Michael Bland and the support of friend John Blake to get back into the game, this time in para-cycling.

Eltje’s focus was on the time trial, where she hoped to beat her PB (personal best) average of 23.1kmph – and blew that goal out of the water, pulling off an average of 26.5km over the 13.8km course.

“I was really pleased … that was unbelievable,” said Eltje. “I think it was absolutely, as my coach Blandy would say, excellent.”

Eltje credited her coach Michael and friend John for helping her achieve the success, and said the effects of her brain injury, the pressure of competing on the world stage and the fact that she was on the opposite side of the world didn’t hold her back.

“I have to concentrate so much on what I do that I didn’t think of what other people were doing, I just did my thing and it went well,” she said. 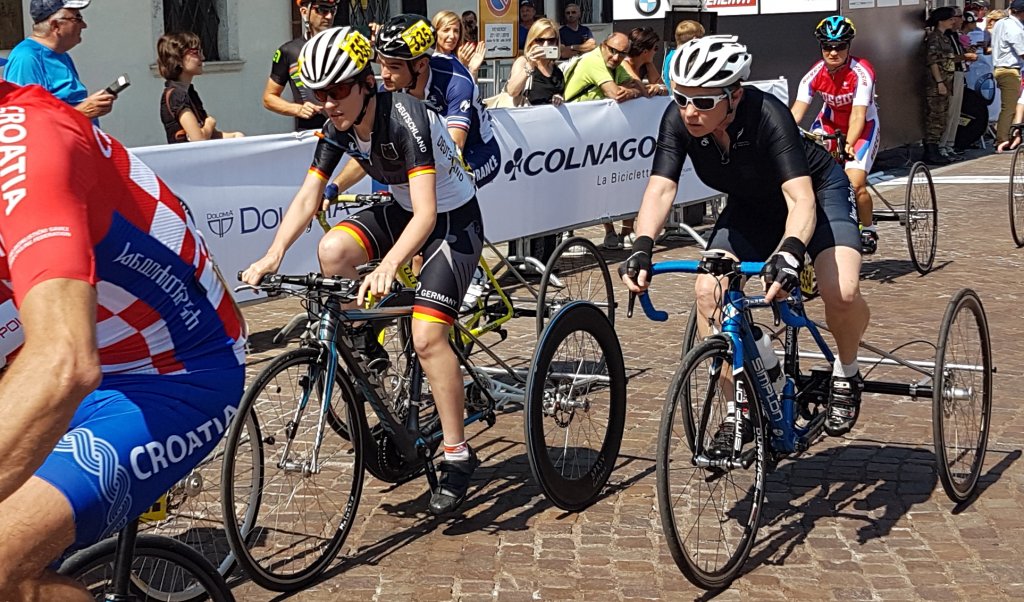 Having entered the T1 para category meant Eltje could have John cycling behind her, warning her of upcoming corners and changes in course. For some reason she was classed as a T2 athlete in the competition, despite being undoubtedly classified as T1 in New Zealand, and having entered under T1. But although she likely had more setbacks than her T2 competitors, she finished 5th overall in the division, and one can only surmise that her incredibly fast time would have landed a first-place finish in the T1 division.

Eltje said the best part of the experience was not only her fast race time, but the “awesome” support of the New Zealand para-cycling team. “Everybody pitched in and helped us do well, and made us feel comfortable,” she said. “If anything, the whole time in Italy I actually felt less disabled, because I had their support. And when I thanked them, they said ‘that’s just what we do’.”

“I’m particularly grateful to my coach Blandy and to John, who have been doing the hard yards with me.” Eltje also wished to sincerely thank the donators and supporters who helped to fund the trip.

Cycling New Zealand temporarily covered the cost of the trip, allowing Eltje to continue fundraising upon her return, so the effort to cover costs is still underway.

Visit the fundraising page to donate towards the cause – helping an inspirational athlete return to the podium.