More than 170 paddlers took part in the annual Cambridge-to-Hamilton Paddle Race on Sunday, pushing off from the Riverside Reserve on Dominion Ave. Photo – Michael Jeans.

More than 170 paddlers took to the river on Sunday, September 16, competing in the annual Cambridge-to-Hamilton Paddle Race.

Starting in at the Riverside Reserve on Dominion Ave, they paddled the 23km downstream to the Waikato Sports Fishing Club on Grantham St in Hamilton. There was also a shorter race – 11km – which saw competitors push off from Narrows Landing in Tamahere. Paddlers competed across 21 divisions, using kayaks, surf skis canoes, waka and stand-up paddle boards, with medals awarded to the fastest man, woman, and junior competitor in each boat type. 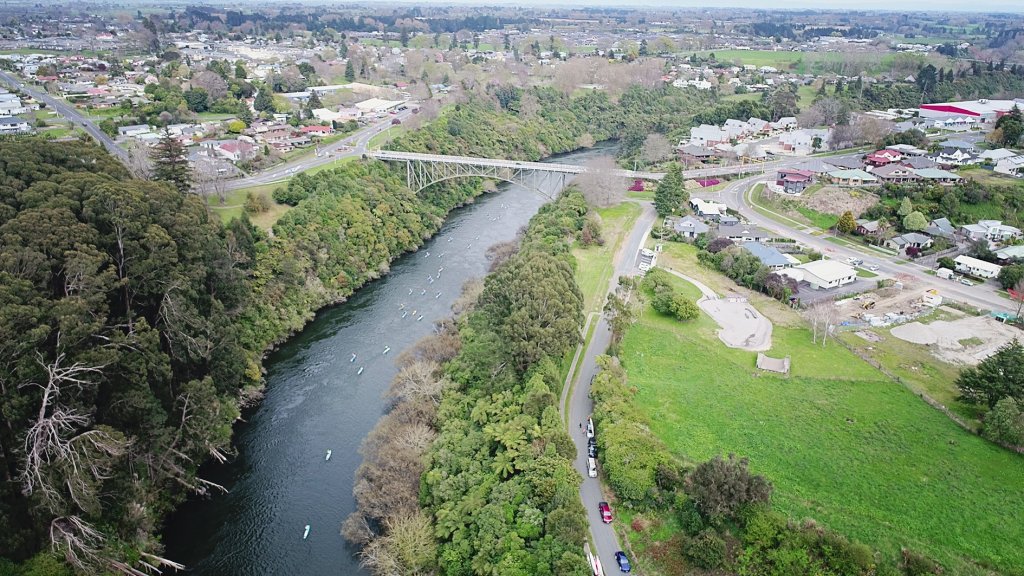 An aerial shot of the Cambridge-to-Hamilton Paddle Race, which was held on Sunday. Photo – Rebecca Symes.

Boatshed Kayaks runs the annual race, and operations manager Phoebe Clark said the event “went off without a hitch”. “We were excited to see an increase in numbers and a big increase in junior competitors. As usual our stand-up paddle boarding division was the most dominant field, with competitors coming from all over the north island to race,” she said.

“It is the competitors, spectators, sponsors and volunteers that really make this event a pleasure to organise. We are already looking forward to next year’s event,” Phoebe concluded. 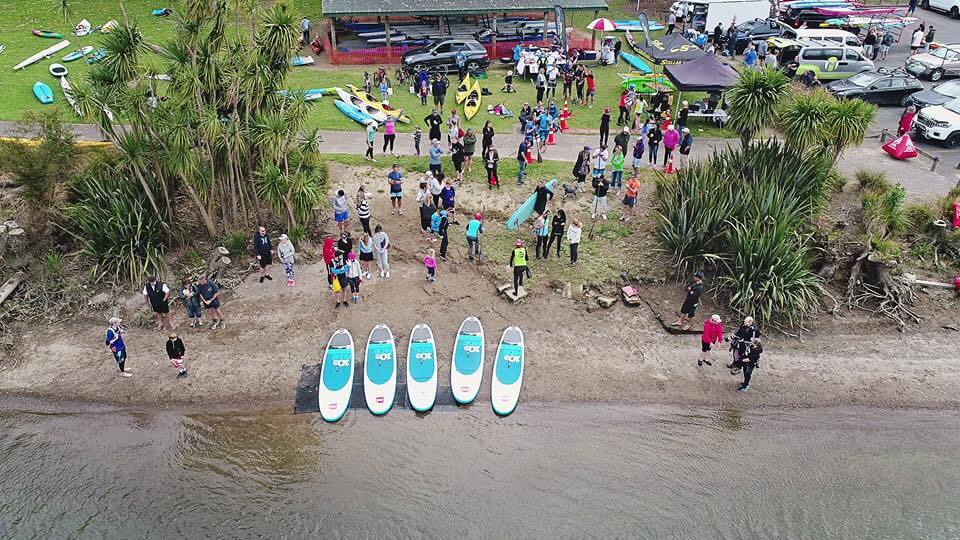 The race wrapped up in Hamilton with the 23km course finishing at the Hamilton City Hawks Club rooms. Photo – Rebecca Symes.