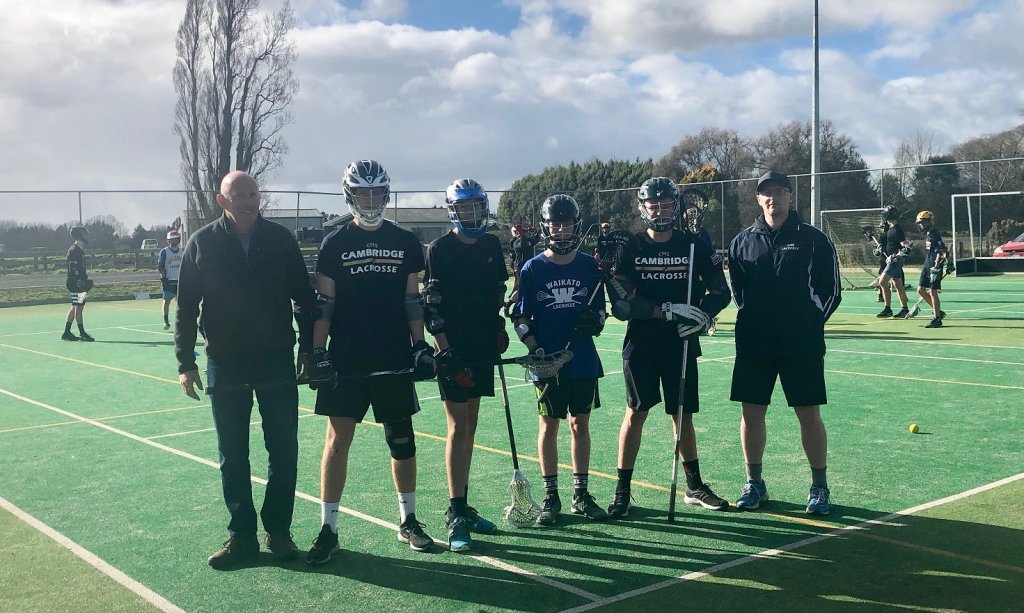 From left, manager of the soon-to-be Leamington lacrosse team Doug Hearmon, lacrosse players Alistair Hearmon, Damian Leach, Finlay Pirie and James Burns, and head coach Anthony Warrington will be present at the September 15 muster to help locals get into the game.

A new sports team is being planned for Cambridge, and organisers are encouraging interested locals to come along to a muster on September 15 to check it out.

Potential players don’t necessarily have to have experience playing lacrosse, but rugby skills may come in handy. The muster will provide the chance to learn the game and develop the skills required, or simply give people the chance to give it a go and see what it’s all about.

With the Carlyle St sports grounds set to host the 2018 Lacrosse Nationals for under 18 players, Leamington Rugby Sports Club Lacrosse has been set up to grow the sport in Cambridge and drive interest towards the big event.

Members of the local U18 lacrosse team, along with Anthony and Doug, will be present at the muster to help teach the game and speak with potential new team members. There is no age limit for the new team, as long as players show ability and a keen attitude, anyone from 15 years old and over can get involved.

To find out more, email [email protected] or simply show up to the muster at 2pm on Saturday, September 15 at the Leamington Rugby Sports Club grounds.