The hearty Haks Challenge team at the summit.

Brian Prescott, the local ultramarathon runner fundraising for his daughter Anna to get a new custom-built running chair, has reported that the big fundraising event earlier this month was a resounding success.

The Yak Club’s “24 Hour Haks Challenge” over August 11 and 12 saw several dozen people take part in the challenge of reaching the Hakarimata summit as many times as possible within 24 hours, from 2pm Saturday to 2pm Sunday.

A train of over 30 people helped carry Anna to the top and back before continuing on countless ascents and descents over 24 hours, smashing their fundraising target with a grand total of $14,685 raised, meaning Anna will be able to not only get her much-needed new running chair, but also benefit from extra attachments such as off-road wheels and bike attachments.

“Anna absolutely loved being carried to the top,” said Brian, who himself reached the summit 14 times, totalling 56km in distance and 5.5km in ascent. The total number of times participants reached the summit combined to 186 ascents, making 837 combined kilometres. 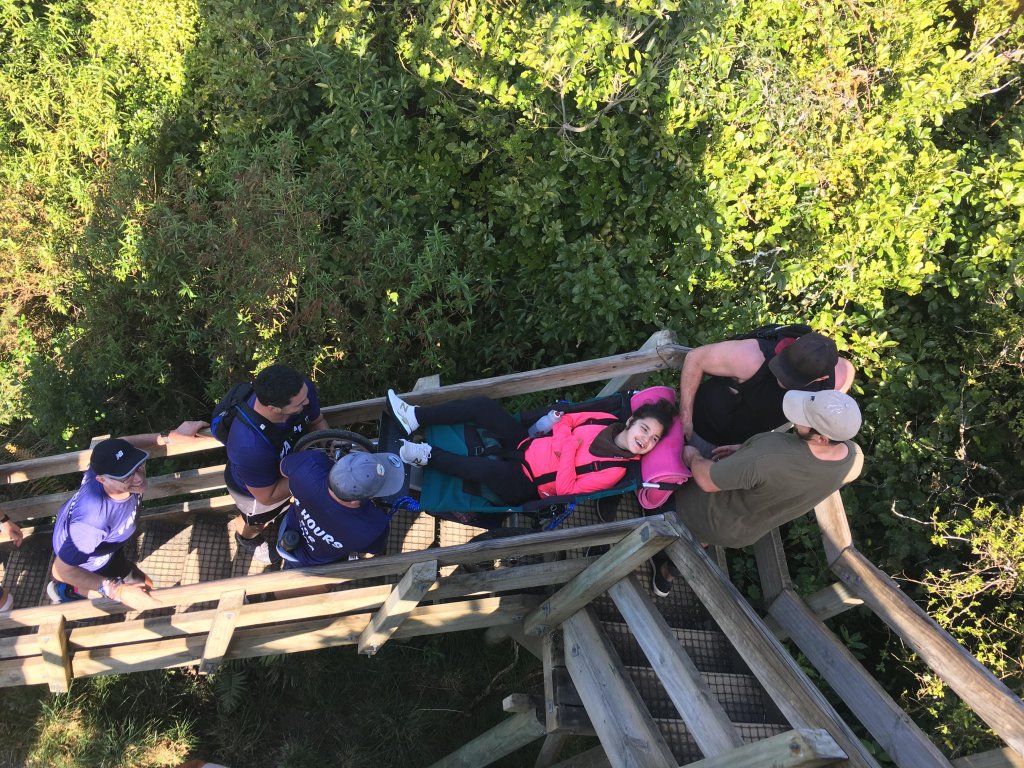 A train of over 30 people helped carry Anna Prescott to the top of the Hakarimatas to kick off the 24 Hour Haks Challenge.

“I was blown away with all the support Anna and family received from The Yaks, and other runners, walkers, businesses and those who came out to support us,” said Brian, who was joined at the event by wife George and son William. “A great weekend with perfect weather and massive support,” he said.

The Challenge was organised by Brian’s friend Joey Uden’s “boot camp” fitness group, the Yak Club, to help raise funds for a custom-built Hoyt running chair for Anna, 12, who loves to join her dad on his runs and hikes. Born with polymicrogyria, she relies on a wheelchair for mobility, but had well and truly out-grown her old buggy.

Now with a new running chair, which she’ll be able to continue growing into, she can not only continue getting into the great outdoors with her dad, but Brian will be able to take her over tougher terrain they couldn’t previously travel, thanks to the additional off-road wheels and bike attachments.

Brian said four days after the event that his legs were still sore, “but at least I can now walk properly,” he said.

Well done, Brian, the Yaks, and everyone who took part in the event, what troopers!