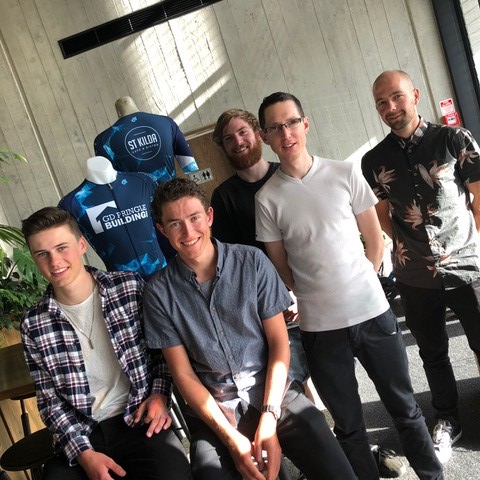 Spoken Cycles have confirmed that they will take to the start line at both of New Zealand’s premier UCI events in the 2018-2019 season; at the New Zealand Cycle Classic and the Gravel & Tar Classic.

The team had their launch at one of their new sponsor’s locations – St Kilda Cafe & Bistro – last weekend.

They are racing under the name GD Pringle Building/ Spoken banner for all 3 teams for the Dynamo Team Championship series this season.

St Kilda Cafe & Bistro, Hunting & Fishing, Waipa Plumbing & Gas, SiS Nutrition and OneGirl & Co and Champion System have all come on board to sponsor the teams, along with main sponsor GD Pringle Building.

“It’s is a nice step forward for us as a team this year and something we have been working on the last few seasons and to be able to do it with local sponsors who I feel understand what we are trying to achieve is fantastic” Blair Taylor, owner of Spoken Cycles, said.

“My goal from all this was to always try and develop young riders and I think we’ve done that that really well.  We’ve got two young of our guys who have ridden for our team over the past two years off to junior worlds in September out of only 3 riders in the New Zealand U19 team.

“I feel it shows that riding with experienced guys that the learning curve is greater, and they pick up a few tricks here and there.”

The big news for the day was that the Category one team has gained an invitation to both of New Zealand’s UCI road race events, at the New Zealand Cycle Classic, which next year will be run out of the Waikato area; and the Gravel & Tar Classic in the Manawatu.

GD Pringle Building/ Spoken will be one of only five New Zealand outfits at the 2019 New Zealand Cycle Classic; running from January 23 – 27 next year.  “We’re really proud and excited to get a start, we have been chasing this for a while and the timing couldn’t be better,” Blair said. Featuring alongside the team will be Sam Cook who was selected for the New Zealand Junior team for the UCI World Road Championships in Austria, and World Championship and Commonwealth Games mountain bike winner Sam Gaze who was also crowned Criterium National champion in Takapuna on the road.