Four things to watch on telly…. The mighty Mooloo men will take on Southland tomorrow afternoon (September 29), looking to complete a third successful defence of the Ranfurly Shield. The Waikato team lifted the shield from Taranaki earlier this month and then fought off Hawkes’ Bay to keep it. The team, which includes Hautapu players Ayden Johnstone, Laghlan McWhannell, Mitch Jacobson and Sekope Lopeti-Moli will take to the field in Hamilton to fight off the Southland Stags, attempting to make it three from three.

The Three Comedy Pilot Week will be worth a watch on demand, if you missed it during the week. Featuring five new shows over four nights, this offering from TV3 is based on an Australian format. Each show is vying for public popularity, with the winner going on to become a series. The homegrown shows each look hilarious in their own right and given that we are such a small country they are peppered with familiar faces. You can find them on TV3 On Demand.

Fans of Barnaby and Nelson can check out their latest investigation on Friday night, 8.30pm on Prime. The murder-prone part of the English countryside sees the grand opening of a sculpture park as the setting of murder most foul. It’s series 18 of this iconic detective series that’s been running since 1996, and even hard-core fans of Tom Barnaby (John Nettles) who left the show at the end of series 13 should have warmed up to his cousin John Barnaby (Neil Dudgeon) by now.

This underrated 2002 Richard Gere movie is screening on Saturday night, and is well worth checking out. Gere plays a reporter investigating the death of his 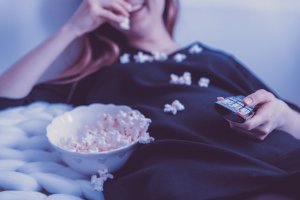 wife, drawn into an unexplained phenomenon involving sightings of an unusual creature – the Mothman. This movie is apparently based on actual events that occurred between November 1966 and December 1967 in West Virginia. Worth a look, it’s on Duke at 9.30pm on Saturday night.