Victory for Voss at U23 world rowing champs 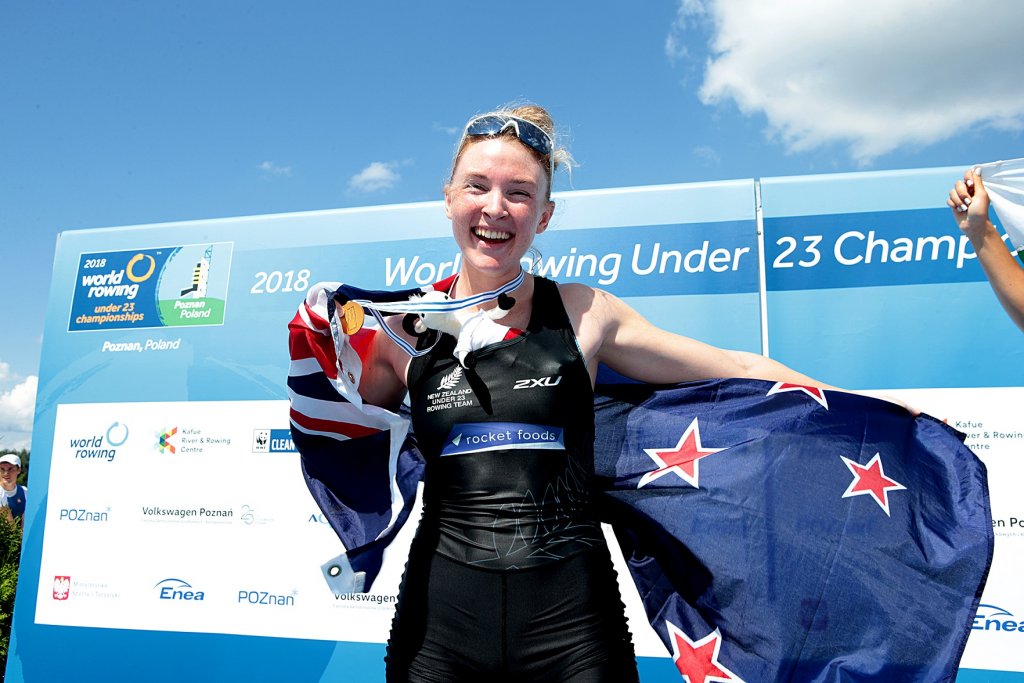 Samantha Voss said it was “really amazing” to win the women’s single scull U23 world title after being told 18 months ago that she would never row again. Photo – Rowing NZ.

Cambridge’s Samantha Voss is on top of the world after winning the under-23 world title in the women’s single scull.

The 22-year-old St Peter’s School graduate was a new comer to the single at an international level, but was “readier than ever” to compete after missing out on the 2017 Under 23 World Championships due to a broken ankle.

She outraced last year’s bronze medallist, Emily Kallfelz of the United States to claim the title at the event in Poland over the weekend.

“That was really hard but really amazing,” she said after the final race. “18 months ago I broke my ankle and was told I would never row again, so to recover and to win here is amazing.”

Sam also secured the fastest time from the semi-finals, and started out the final race with the best speed. But Kallfelz took the lead early in the race with Ruth Siddorn of Great Britain following in third. The three led the way through the first quarter of the race, with Desislava Georgieva of Bulgaria soon securing third, hot on the heels of Voss.

By the final kilometre Kallfelz had picked up the pace and Voss needed to do a huge sprint to get to the front, as the two moved ahead of the pack. The encouragement for the Kiwi was deafening as Voss finally caught up to Kallfelz and passed her.

Voss’s time of 7:28 was just one second outside of the under-23 World Best Time. Kallfelz took silver and Georgieva bronze.

The Championships, which took place on Poznan’s Malta Lake, saw five days of racing with finals raced over the last two days. New Zealand’s men’s coxed four secured silver in the A final, and the NZ men’s four secured bronze in their A final. Samantha Voss was the only Cambridge rower to compete for New Zealand at the event.