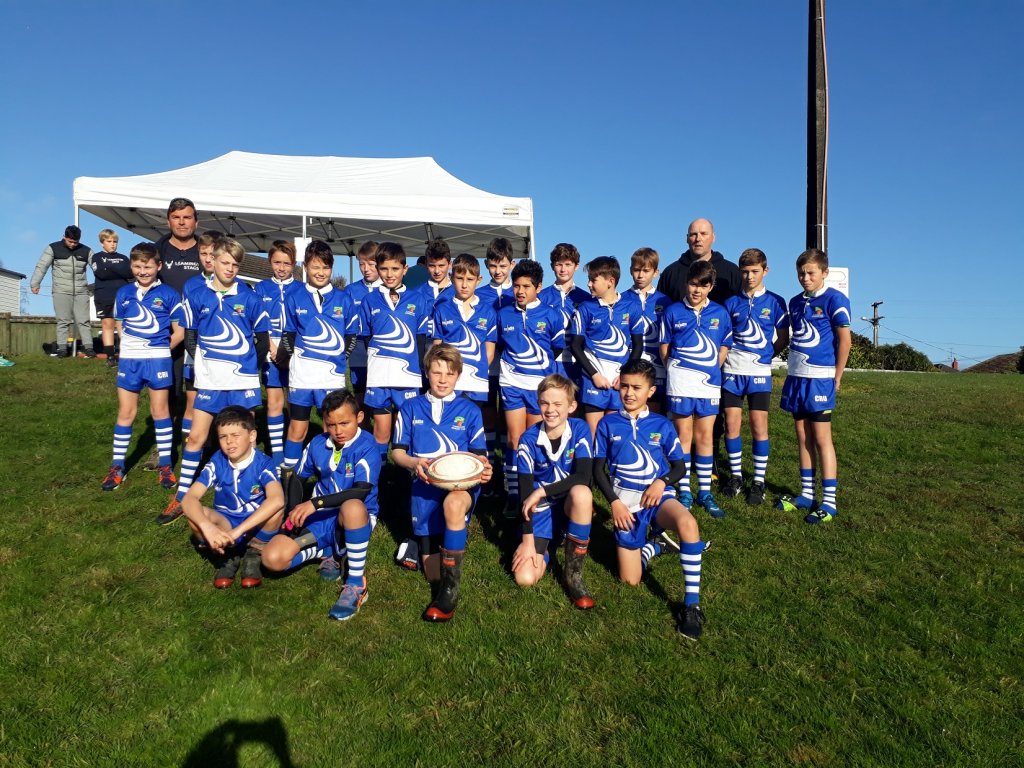 First up was a match against the Matamata team, which spent the first 10 minutes of the game camped in Cambridge’s 22 goal line defence. Covering tackles held them at bay until they managed to squeeze in around the fringe defence.

Cambridge regathered and attacked well for periods but Matamata managed to break the line again and scored a second try, which converted, leaving the score 12-0.

Cambridge put some phases together and spread the ball wide to James Maguire who fended two defenders off and out ran the cover. Unconverted, 12-5 was the half time score.

Early in the second half a nasty head clash saw James Edwards and Andrew Bassam leave the field which meant a reshuffle of resources. The changes made it difficult to win much possession, and Matamata ran in four more tries despite the valiant efforts of the Cambridge defenders. The final score was 34-7.

After a short break Cambridge lined up to play top-of-the-table team Hamilton East. A real battle ensued with plenty of possession. Cambridge worked hard and found space out wide, but the Hamilton defence was able to scramble and shutdown the attacks.

An intercept try and a well-constructed team try saw Hamilton ahead 14-0 at half time.

Cambridge put in a massive effort in the second half, first five Tipene Keenan scored a great try and Ryan Harvey converted which closed the score down. Hamilton managed to score from a turn over to lead 19-7.

Coaches Dave Peters and Paul Hughes wished to thank all the sponsors and supporters of the team, which will travel to Swarbrick Park in Hamilton for the next round, playing Morrinsville and Tokoroa Tritons.