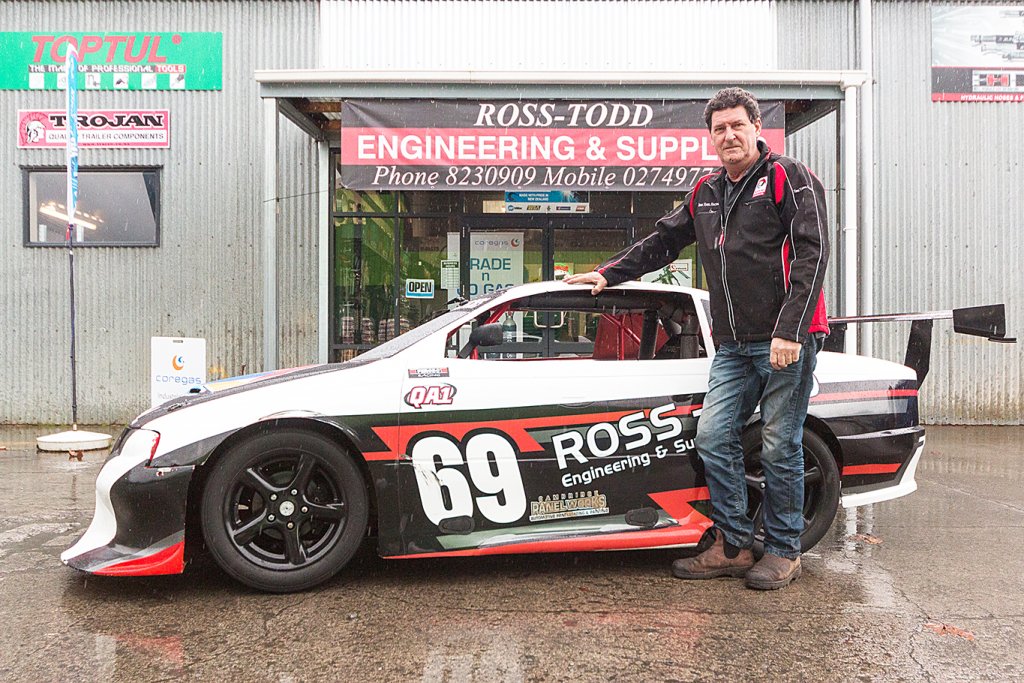 Super Star Car racer Martyn Todd is hoping to see more people take up the sport, following on from a cracker two seasons where he won both series in 2017 and 2018.

“I’m very happy with that,” Todd said of the wins, “but it’s more pleasing if you’ve got more cars out on the track, and that’s what we’re trying to do, get more people to come along and join us and have fun.”

Star Cars have proven to be an ideal place for would-be speedsters to get started in the world of motor racing. The safer, more affordable form of racing only involves one set of slick tyres for the season, and a set of wets if needed. So drivers aren’t constantly wearing through their tyres, and don’t need a pit crew. The brake pads last all season as well, so really the only running costs are fuel and oil.

“I do everything, I’m the pit crew, the team manager and the driver,” Todd laughed. “I’m it.”

A mechanic by trade, Todd put his car together himself, with the parts supplied by Steve Bang of Star Racing Cars. Racers have the option of putting their car together themselves from kitset form, or getting it complete from Steve.

The purpose-built race cars, whose bodies can be changed and updated, utilize a Suzuki 1300 Hayabusa engine, with an integral six-speed sequential gear shift to enable close, fast racing, reaching speeds of up to 245kmph. Adjustability is paramount so that cars can be set up for each track, with space-framed chassis, a brake bias pedal box, four-wheel disk brakes and a multitude of adjustments in suspension.

“It would have to be one of the cheaper forms of motorsport that you can do, because it’s a controlled class. All the cars are the same other than the body style, so everyone has the same chassis, same wheels,” Todd explained.

“We’re in the Tier 2. The main players, like the V8 touring cars and that, they’re Tier 1. And then there’s us poor ‘broke’ people that just want to go and have some fun!” he joked. “It costs us a hell of a lot less and we’re probably having as much fun as them.

“At the end of the day we’re only doing it for the fun of it… everyone helps each other.

“If I find something that can be modified that’s beneficial to (one of the other competitors) I’ll tell them about it.”

“We’re trying to encourage more young people as well, there’s quite a bit of interest out of go-karts, because go-karts have got exceptionally expensive.”

Martyn’s racing blood turned hot when he was just a kid, starting out in go-kart racing. “I’m a petrol head from way back. One side of the family went to horses and I went to horse power,” laughed Martyn, the brother of equestrian eventer and show jumper Sir Mark Todd.

Martyn moved up to racing drag-tractors at Fieldays each year, driving a super-modified tractor which “finally blew up” around 1999. “So I sold all the bits and build the race car,” he explained.

Now racing Star Cars at meets around the North Island during the October – May series, Todd hopes to see new petrol heads join in. “I like the thrill of racing, it keeps the blood circulating, and it’s the people thing as well, you go to the track and you can have a good time,” he said.

Those wanting to find out more should visit www.starracingcars.com or search STAR Touring Cars on Facebook.