Marking her 100th in style Thought to be the longest-standing resident at Selwyn St Andrew’s village, Kathleen Marking has just celebrated her 100th birthday.

Kathleen Marking was ceremonially clapped into her own 100th birthday party at Cambridge’s Moxon Centre on August 5.

The crowd – made up of visiting family, friends and Selwyn St Andrew’s Village folk – was clearly impressed by the star of the show.  Kathleen herself, however, took all the clatter, the cake and the array of birthday cards completely in her stride; but a quiet chat the following day revealed how thrilled she was.

She is immensely grateful to the five family members who flew over from the UK for the week, and to local family and friends who joined the party.  She was delighted by the smiling card from Queen Elizabeth, the gigantic ‘100’ card from the Moxon Centre crowd, and was tickled pink at getting one from Jacinda Ardern, with a hand-written message inside.

“The cake was lovely, too,” she added.

Some of that old adage about the toughest steel being forged in the hottest fire could well apply to Kathleen.

She was the eldest of four born to a naval man and his wife, arriving in Sheerness, Kent, in 1918. After a few years at the local church school, she went at age nine to the Royal Ancient and Religious Foundation of Christ’s Hospital in Horsham, one of England’s oldest boarding schools, founded in 1552 by King Edward V1. Steeped in tradition, it is colloquially known today as the ‘Bluecoat School’ – noted for its Tudor uniform consisting of long coats with knee breeches, yellow socks and bands at the neck. Kathleen Marking with her family.

“To get in, one could not be rich,” said Kathleen. “My parents were given a presentation by a vice-admiral when I was two – giving me permission to go to the school when I turned nine. I was there until I was 17.”

Days with no squandered moments helped build grit. They did sprints before breakfast, and fitted academic life around a range of sports, including cricket, netball, tennis and hockey, or long outdoor runs when not engaged in sport. 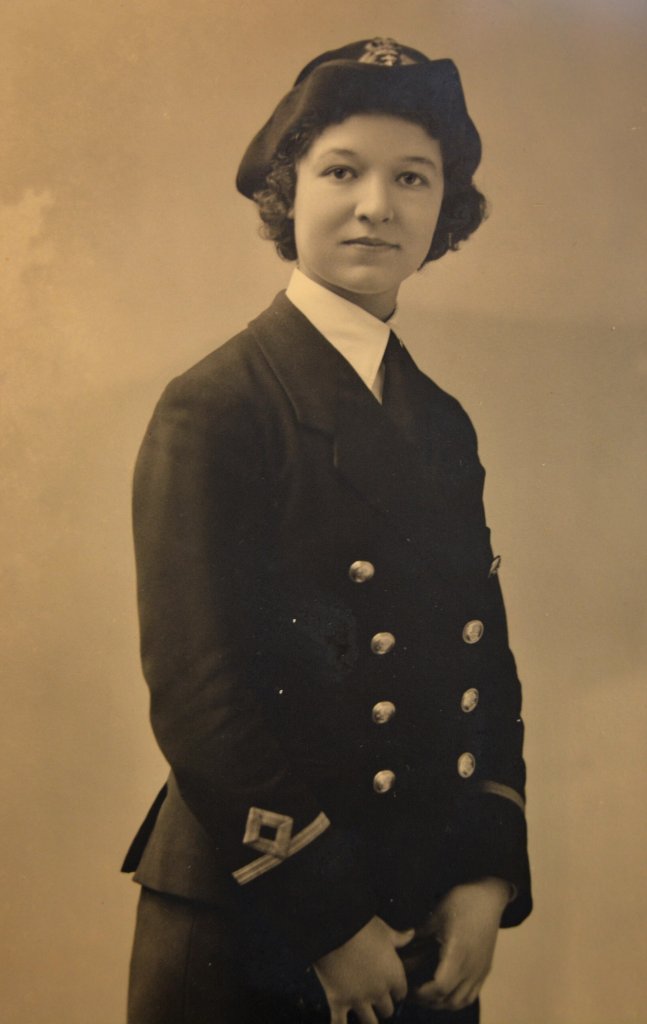 Kathleen joined the WAAFs just before the outbreak of WW2.

“I remember one day, out on one of those long runs, when the teacher stopped and pointed to the sky – there was an R101 far above us.” The R101 was a British rigid airship, developed as a long-distance civil airship in the late 1920s.

Kathleen credits the school with giving her a fine education and a sense of independence. Her parents suggested she go into nursing, but Kathleen was keen to train in massage. “They took one look at me and suggested I was too slight for massage work … then they suggested I go nursing!”

Determined to forge her own path, Kathleen joined the WRENS in 1939 and met the man she was to later marry – New Zealander Peter Marking, a Trinity House pilot who continued in that line when the couple moved to New Zealand in the 1980s.  They settled in Leamington, and Kathleen moved into her Selwyn St Andrew’s cottage 16 years ago, two years after she lost Peter.

Having had no children, Kathleen kept busy in other ways. They had a country home in the UK, complete with animals she described as “really hard work”, and she fulfilled several administrative roles within the education and health sectors.

Today, she keeps an ear tuned to the news, and satisfies her love of reading onscreen as her eyesight fades.  And as the village’s longest-standing resident, she enjoys an easy social rapport with everyone around her.