Forty bubs latching on at once 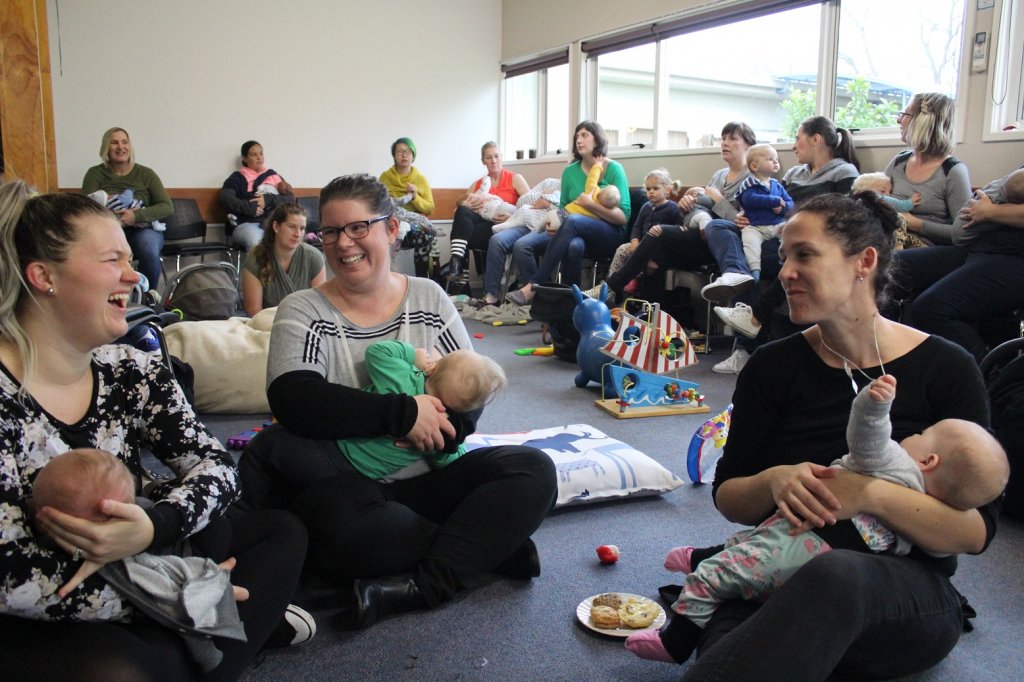 The Big Latch On event held in Cambridge last week was a resounding success with a total of 40 babies and their mums breastfeeding at the same time, suitably in the former Cambridge Maternity Hospital now known as the Health & Community Centre.

Organised locally by the Cambridge La Leche League, which was the first established in the country, the tally nearly doubled last year’s turnout of 23 babies and was a healthy step up from the organisation’s previous record of 29 in 2016.

The event is a nationwide effort held during World Breastfeeding week, hosted by family organisations throughout the country with each station “latching on” at 10.30am on Friday last week. Each contributed their tallies to a national total of over 2000 babies for 2018 – 1859 at Latch On venues and 213 registering online from home as a “brelfie” (breastfeeding selfie). “We are thrilled with the response, it was quite a buzz,” said Debbie Graham, Cambridge La Leche League leader and a lactation consultant. “This event was very successful as we wanted to show mums about all the groups and activities Cambridge offers. This means it takes them out of the home and they make new friends and contacts and develop the village of support that helps them gain confidence in their mothering.”

Also in attendance was Yvonne Foreman (nee Procuta), the founder of the La Leche League in both Cambridge and New Zealand in 1967, having brought the organisation here from Wisconsin, USA.

“It is so stunning to see all you wonderful mothers and your totally gorgeous babies! How do you manage to keep them so quiet?” she joked as the baby chatter slowed to a murmur when the Latch On was underway. 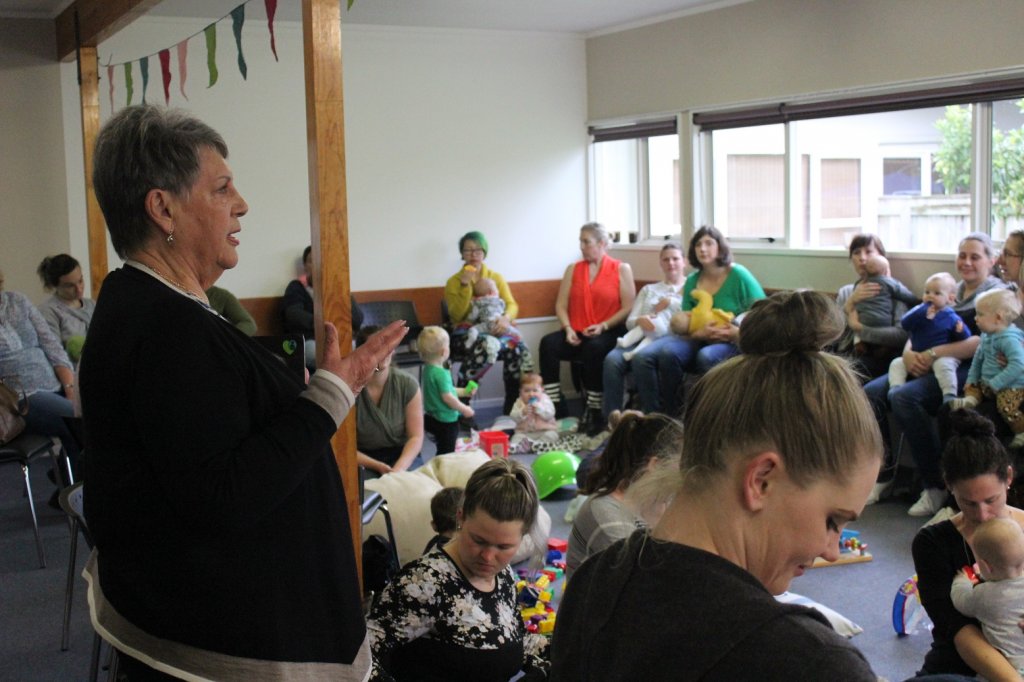 Waipa District Councillor Sue Milner, a new grandmother of one year, also attended the event. “It is so wonderful to see so many nursing mothers in our community,” she said.

Eighteen local businesses contributed goods and services towards the event, enabling goodie bags and prizes to be given out.

“We really wanted to encourage mothers to get out and about with their babies, and to meet up with other mothers,” said Graham. “That was the whole purpose of working in with Plunket, Cambridge Parents Centre, the local midwives, childbirth educators, Cambridge Playcentre, the Cambridge Toy Library… It’s really worked well that we’ve all worked together.”