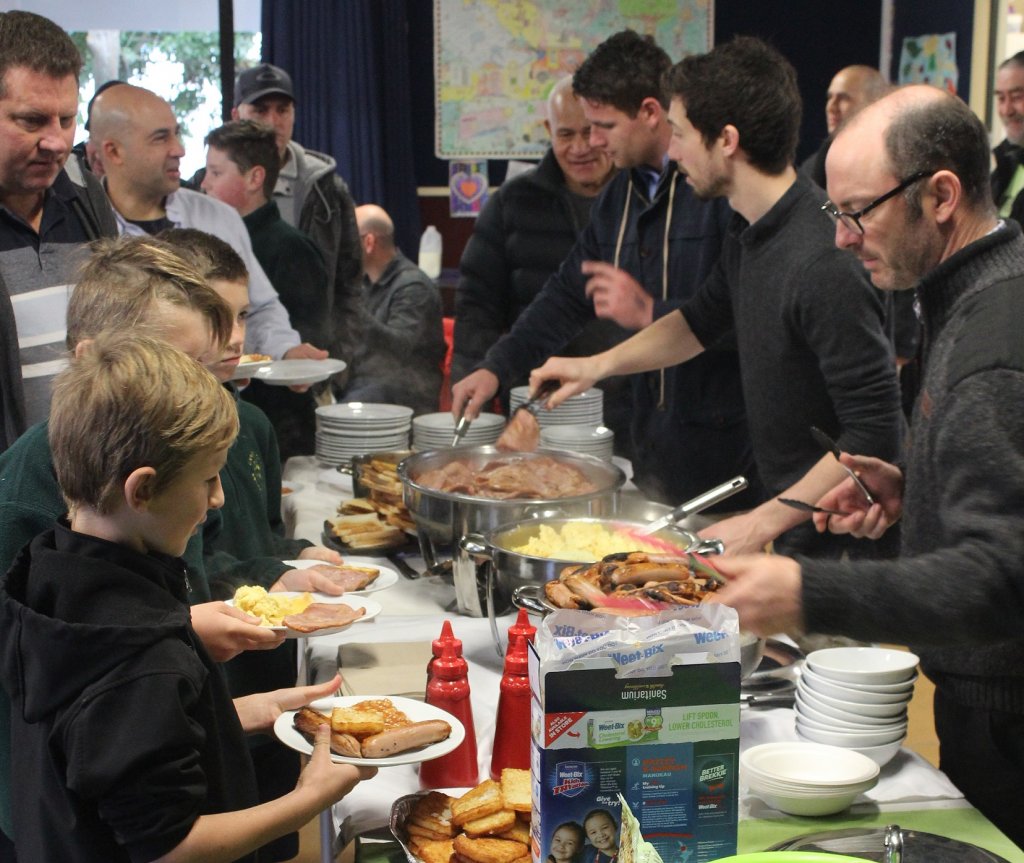 Boys and their male role models were served up breakfast at Cambridge Primary last week.

The breakfast was a chance for senior boys and their male role models to sit down and enjoy breakfast together, and parent Blair Taylor said he thought it was a “great idea”, and that his son Olly was really excited to be able to invite him along. Olly thought the whole concept was “sweet”, and that it was pretty cool to have a free breakfast, with the bacon being a highlight.

Former Hautapu player Liam, who is off to France with his family to take up a rugby contract next week, said that Cambridge was like a second home to him and that it is a fantastic community.

While the boys might look up to famous athletes, Liam said there was no better role model for them that then man joining them at the table. “You don’t need to look too far for role models, just look at who is at the table with you today.” Liam Messam was right behind the idea of a boys’ breakfast, joking that “it’s always good to have a free kai”.