BMX boys back with Aus titles 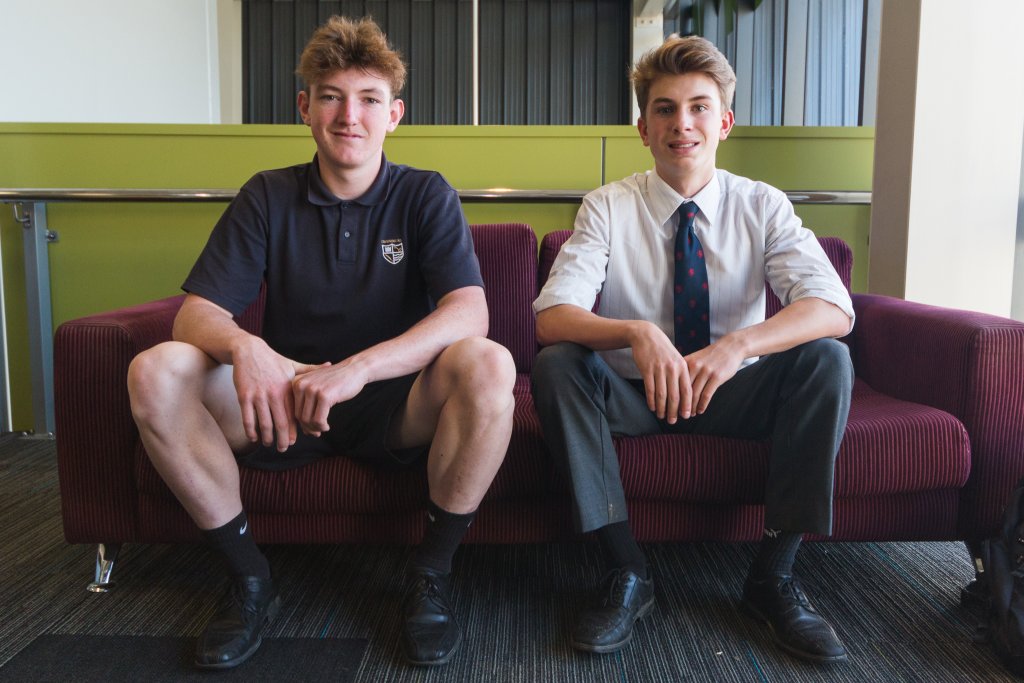 Tasman Wakelin (left) and Bennett Greenough are back in Cambridge training at the National BMX Performance Hub. Photo – Michael Jeans.

Two of Cambridge’s top BMX riders have returned home from the Australian National Series with good reason to smile. Tasman Wakelin and Bennett Greenough competed in three rounds of the event with enough race wins to claim the overall titles in their age groups.

Competing in his final year of age group racing, for 16 year old boys, Tasman Wakelin won every qualifying round and final race during the first two rounds, held in Sydney in March and in Melbourne in May, and at the last round held on the Gold Coast July 21-22 he won all but one race, safely securing the title as top 16 year old boy, as well as the fastest time in age group racing, and fourth fastest time including the elite riders.

“I was pretty stoked aye, I’ve never done that well,” he said of the overall result. “We hadn’t had much training leading up to it… so I was happy to finish it off like that.

“The other two rounds were a lot easier than this last one!”

Unfortunately, due to the Cambridge BMX track not being allowed to use their start gate during winter, the boys weren’t quite able to have the same preparations leading up to the last round as their Australian counterparts, but they didn’t let it dampen their spirits.

“We came into Narang pretty fresh,” said Bennett. “There was way more depth in the racing, so many more fast riders (than in New Zealand).

“There were a few things that I would have changed in my racing if I could go back, but overall I’m pretty happy with it.” Bennett finished second overall at the recent round in Narang but having finished first overall at the other two rounds, he’s made the top of the table for 15-year-old boys. “It’s pretty exciting to be honest,” he said. “It was awesome getting to race different people than usual, on heaps of different tracks that are all completely different, it tested our ability to adapt.

“It was a really cool experience, I’d definitely do it again.”

Having been selected for the National BMX Performance Hub based in Cambridge, the boys kicked off their hub training over the school holidays and continue their training at the Avantidrome and Te Awamutu BMX track each week under coach Matt Cameron.

“We’re all at different age levels so we all have different aims,” Tasman explained. “So Matt just wants us to equally concentrate on our own goal, and he’ll try and get us as best as he can for those.”

Heading into elite group racing next year, Tasman said his goal was to accumulate world qualifying points and track time at as many competitions as possible, stating with the North Island BMX Champs in October and the BMX World Champs next year in Belgium. “Next year will be a big year … There will be a lot more competition,” he said. “I’ve stepped my training up a lot more, I’m more determined,” he said, crediting the region’s excellent facilities and support as a contributor to his success so far, having moved here last year after spending a few years in Australia.

With one more year next year in age group racing, Bennett said his goal was to return to the US Nationals in November, where he won the Race of Champions in 2016, and aims to take the US title for his age group. “To win that would be a pretty good goal for me, I’ve come close a few times,” he said. “My long-term goal would probably to make the podium at the BMX World Champs next year.”