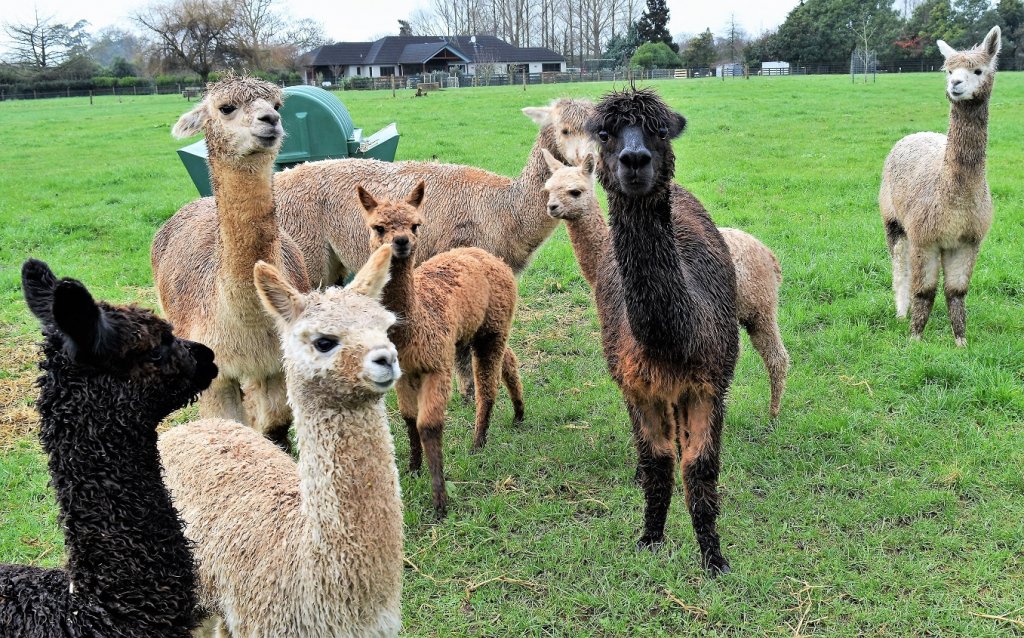 Even slightly rain-bedraggled, these alpaca all-sorts can’t resist nosing up to visitors.

Alpacas are delightful enough to win a starring role in any children’s book, but they also possess a raft of other attributes that are fast making them a favourite among New Zealand lifestylers and farmers.

They’re gentle and smart, don’t pug the ground, they’re relatively easy-care and grow a highly-valued fleece that doesn’t make you itch. If that’s not enough, there’s no dirty dagging required, they can be herded easily, they enjoy a varied menu and live happily on steep or wet land. Alpacas don’t usually spit at people either – that’s generally reserved for other irritating animals that don’t back off when required.

Some of those advantages probably helped win Kerri Campbell over when she and husband Neil were looking for beasties to keep the grass down. No doubt the alpacas’ natural charm worked its magic, too, as she watched them at events like National Fieldays.

Neil wasn’t too sure at first, Kerri recalled: “He really wanted some beefies to do the job.”

He finally capitulated, and while he insists the Blueridge Farm Alpacas operation they now run at Bruntwood Road is Kerri’s baby, Neil’s affection for the camelids is evident.

Before the alpacas, the Campbells were already agricultural folk.  They had a free range commercial chicken farm just outside Matamata for 15 years. Neil ran some cattle and Kerri also had horses, but her excitement around alpacas was matched only by her growing desire to move away from the 24/7 care the chickens required.   They started out with four pregnant female alpacas some eight years ago, and now have a herd of around 50. Kerri’s knowledge has grown exponentially, and as president of the northern region of the Alpaca Association New Zealand (AANZ), she now helps others new to the game. 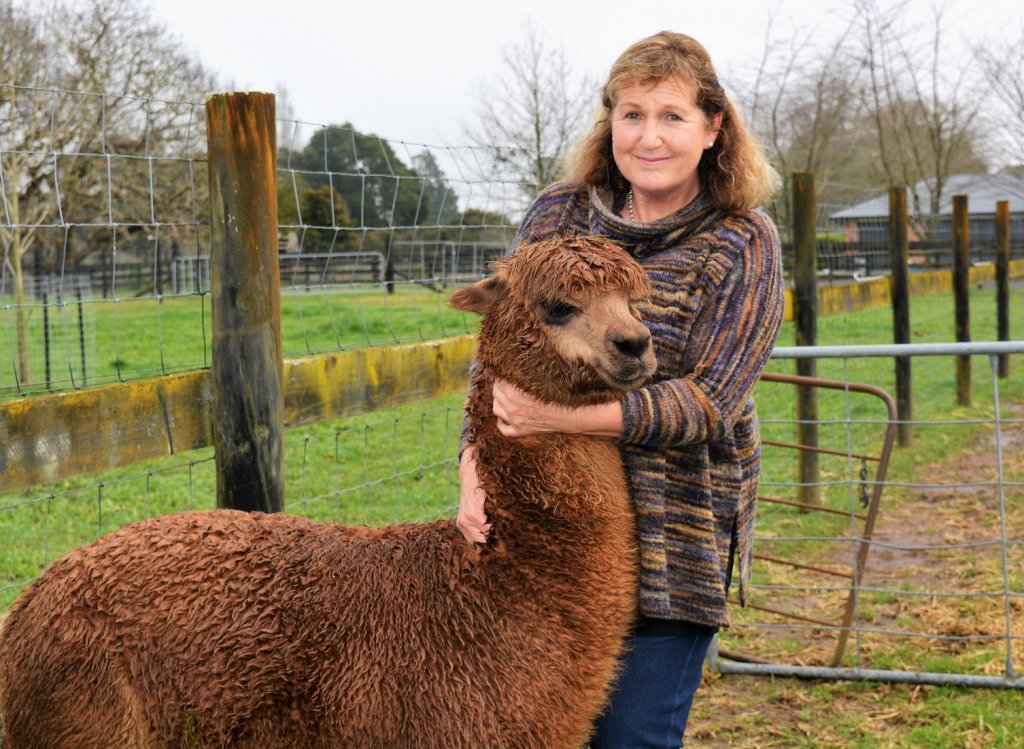 Blueridge Farm’s Kerri Campbell, who is also president of the northern region of the Alpaca Association New Zealand (AANZ), with a fellow called Rising Star.

Blueridge Farm’s 27 acres is dotted with paddocks containing alpacas of all colours and sizes.  Many are award-winning animals, and all are addressed by a slew of magical names – among them Nico, Armedaous, Mozaik, Anzac Poppy, Summer Breeze, and Toblerone.

They communicate using a range of different sounds and are acutely alert to what is going on around them. “You can trick them once, but never twice,” said Neil.

“We’ve been steadily growing the herd and improving the quality of the fleece we are getting,” said Kerri. “Our goal is to have very high-quality fibre and bloodstock and then move into exporting.”

Animals earmarked for export will spend time on a quarantine farm. “That is an essential part of the process,” Neil explained. “A lot of alpacas are now being exported to Europe. Our fleeces are selling well in New Zealand, and the quality has been improving all the time. We are now at that point where we’re looking at the next step.”

Selective breeding at Blueridge has brought the Campbells to that point.  The finer the fleece, or the lower the micron grading, the higher price is achieved, and Blueridge fleeces are up there with the best of them. They are being used in a range of quality products, including next-to-the-skin clothing, baby wear, blankets and duvets, while their ‘seconds’ go into insulation.

“Alpaca fleece is an ideal natural product for use in insulation as it is flame-resistant due to its lack of lanolin,” explained Kerri, citing yet another advantage alpacas have over sheep. Alpacas are also resistant to fly strike and footrot, they don’t need crutching, tail docking or dipping and they prefer pooping in communal sites around their paddock.

Neil said his 20 or so cattle and the alpacas neutralise one another’s worms – another unexpected efficiency. “They are not susceptible to parasites, so they mop up each other’s worms when we rotate the paddocks they graze.”

There are two main types of alpaca – suri and huacayas. Most of the 15,000 or so alpacas in New Zealand are the huacayas, characterised by thick dense fleece as opposed to the suri’s long silky locks. Their breeding patterns reflect their origins in the high peaks of South America where they have been domesticated for thousands of years. The females – or hembra – don’t come into heat as do many other herd animals.  Rather, they are ‘induced ovulators’, so will only ovulate once the male – or macho – has mated with them. The babies – or cria – will be born 11 ½ months after conception. Birth is timed according to barometric pressure and is usually early enough in the day to ensure the cria is up and running by nightfall.

New Zealand has an enviable disease-free record with alpacas, Kerri said.  Risks sometimes associated with importation of semen in other industries for AI (artificial insemination) do not occur as AI is not used in alpacas due to anatomical difficulties in collecting semen. Embryo transfer, however, is used to increase the rate of reproduction of elite animals.

Alpacas can live for up to 20 years, with the females generally producing one cria a year from her second or third year of age.

Knowing the animals as they do, Kerri and Neil understand their appeal as pets, but both say it’s important to remember that the alpaca is a herd animal.

“There has to be more than one – preferably at least two or three – when going to homes as pets,” said Neil. “They simply won’t thrive on their own.”