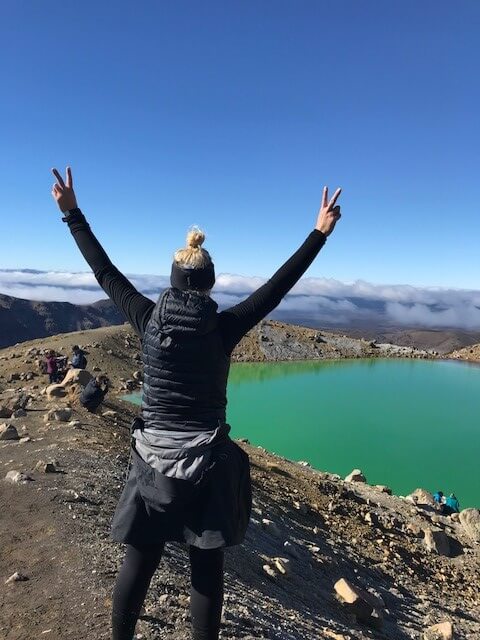 Caroline Webbon wants to get others across the Tongariro Crossing, which she describes as one of New Zealand’s best walks.

Local woman Caroline Webbon has picked up a new nickname – ‘the Tongariro Lady’ – and it’s one she’s more than happy to take on.

Caroline is amassing a group of Cambridge residents to tackle the iconic Tongariro Crossing walk in October, helping locals tick it off their bucket lists.

What started as a posting on the Cambridge Grapevine Facebook page has taken off, with 48 people confirmed to take part so far. “It’s just insane,” Caroline said, adding that she originally thought it might just be her and “a couple of mates”.

The idea has struck a chord, however, and more people are joining the Cambridge take on Tongariro Facebook page and committing to the walk.

“People have dreamed about doing something big in their lives, and this is an opportunity to do that.” The lodge the group will be staying at can sleep up to 140 people, so that’s the limit on numbers for the trip, Caroline said.

“I’m just a girl in Cambridge who wants to help people in Cambridge achieve something on their bucket list,” Caroline said.

People of all ages can take part, as long as they have a good base level of fitness, as the walk is challenging in parts. Holding it on October 28 means the group will miss winter, but also gives participants a few months to get some training in. And it’s the week after Labour Weekend, meaning people are more likely to be available, she explained.

Anyone who would like to tick the Tongariro Crossing off their bucket list should join the Cambridge take on Tongariro page on Facebook or give Caroline a call on 021 035 5748 for more information.