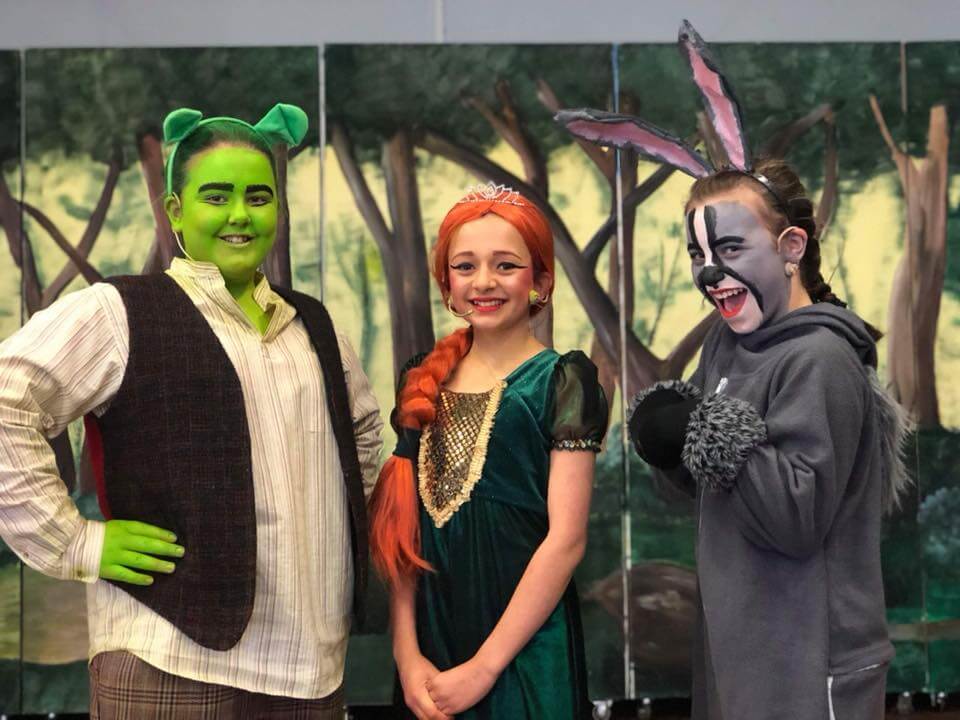 Holly Robinson starred as Shrek (in half of the shows) alongside Phoebe Hunter as Princess Fiona and Jenna Cook as Donkey.

After weeks of dedicated rehearsals, the Cambridge Middle School production of Shrek Jr The Musical was a resounding success when students performed it to the public last week.

“The students did a fantastic job in their rendition of Shrek Jr,” said the show’s director Tracey Andrews. “They spent over 10 weeks rehearsing and delighted audiences with funny lines and wonderful singing.

“They received many accolades from the audiences and everyone loved our beautiful dragon masterfully created by Trisha Honey and bought to life by our fabulous puppeteers.

“A great way to end months of hard work.” The complete cast and crew.