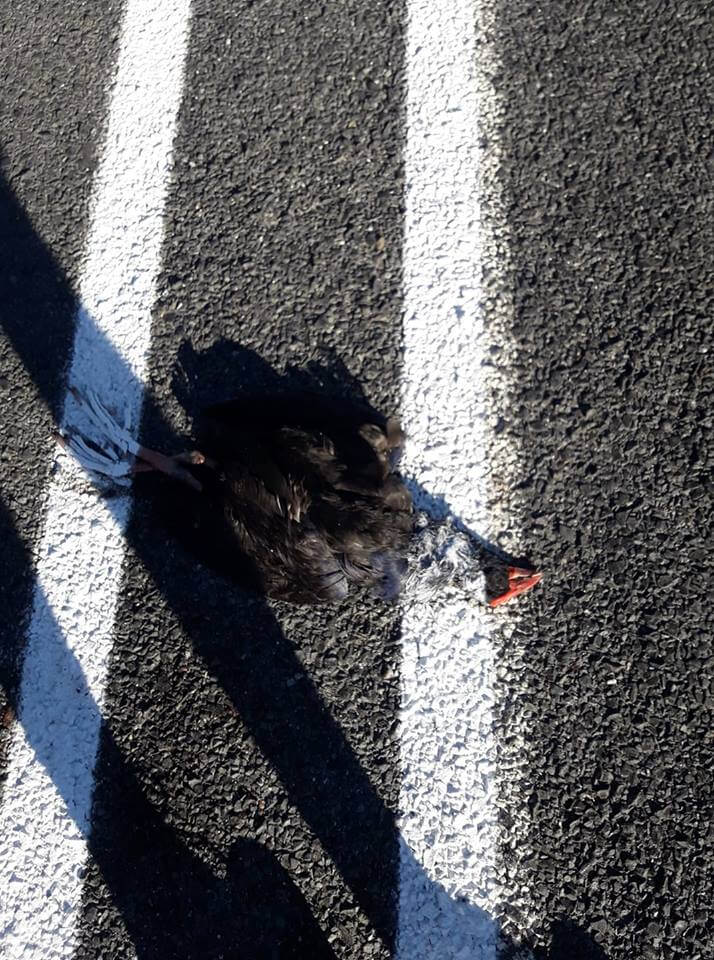 The bird was sprayed over on Peake Rd – assuming it wasn’t taken out by the road marking truck in the first place – painted with double white lines instead of the road. A council spokesperson said that road marking trucks have an airbrush just before the spray nozzle that removes most items and provides a clean service to paint on. “Yes, we would expect roadkill to be removed before painting, but the contractor relies on the air brush.”

If the air brush fails to remove the item, the paint is still applied, the spokesperson explained. “Mistakes do happen, but not many. “

“To minimise inconvenience to the public, much of the work is done at night so visibility isn’t always great,” they concluded.