Relief in sight for shared meters

Waipa District Council is considering capping water bills for up to 140 households on cross-leased properties, disadvantaged by sharing a water meter.

Last November the Council decided properties with shared water meters, most of them older, cross-lease properties, would have their bill split equally between those connected to the meter. At the time, elected members were assured most property owners with shared meters would be financially better off.  That advice has proven correct. Of 1,100 or so complex properties impacted by the November decision, 86 per cent pay less now for water services than when a flat rate of $405.60 per property was charged. But around 140 residential properties are financially disadvantaged by split bills, possibly through no fault of their own. 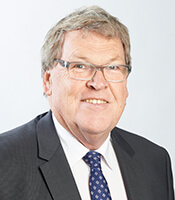 Mayor Jim Mylchreest said there’s no reason council could not have a remission in place during this financial year.

Last Tuesday, council agreed to consult property owners who share a meter on a proposed water remission policy aimed at those 140 properties. If it goes ahead, those properties could apply for a remission and if they meet the criteria, have their water meter bill set at $372 for the coming year.

Mayor Jim Mylchreest said, given the evidence, there was no reason the council could not act on a remission now so it could be in place for the 2018/2019 financial year. After then, the whole decision around split bills, including possible remissions, would be reviewed.

All property owners with shared meters will be sent information in early July and asked for feedback. A decision on possible water remissions will be made in August.

At Tuesday’s meeting, Council also discussed lending property owners money to pay for any changes required to private plumbing so water meters could be separated. Already about 60 properties which had a shared meter, have split their plumbing. Property owners must pay the private plumbing cost with Council installing and paying for a new meter at the road boundary.

Council discussed lending up to a maxium of $5,000 to be paid back via a fixed, targeted rate. Informal feedback will also be sought on this proposal during July.