Thomas Orr scoring one of his four tries.

Hautapu Premiers visited Hamilton Old Boys (HOB) in the last game of the regular season, looking to secure the Has Catley trophy for finishing top of the table and a home semi-final. From the start it was obvious this was going to be a tough encounter with a lot of physicality in contact. It was HOB who took the early advantage with a penalty followed by a try.

Hautapu were guilty of trying to push the pass and poor ball security in the tackle, turning the ball over to HOB on several occasions which they used well and played the corners with a good kicking game. At the break HOB held a good lead 23-5.

With the resumption of play Hautapu looked to take advantage of the wind and push HOB back into their half and were rewarded early on. HOB pegged one back, which had Hautapu chasing the game once more. As the game entered the final quarter Hautapu crossed for another try but the gap was too great and too many handling errors cost them the game. HOB taking the spoils and finished top seed heading into the semi-finals.

This Saturday we host Otorohanga at Memorial Park, Cambridge, so come along and show your support for the premier and development teams who take on Marist in their semi-final. 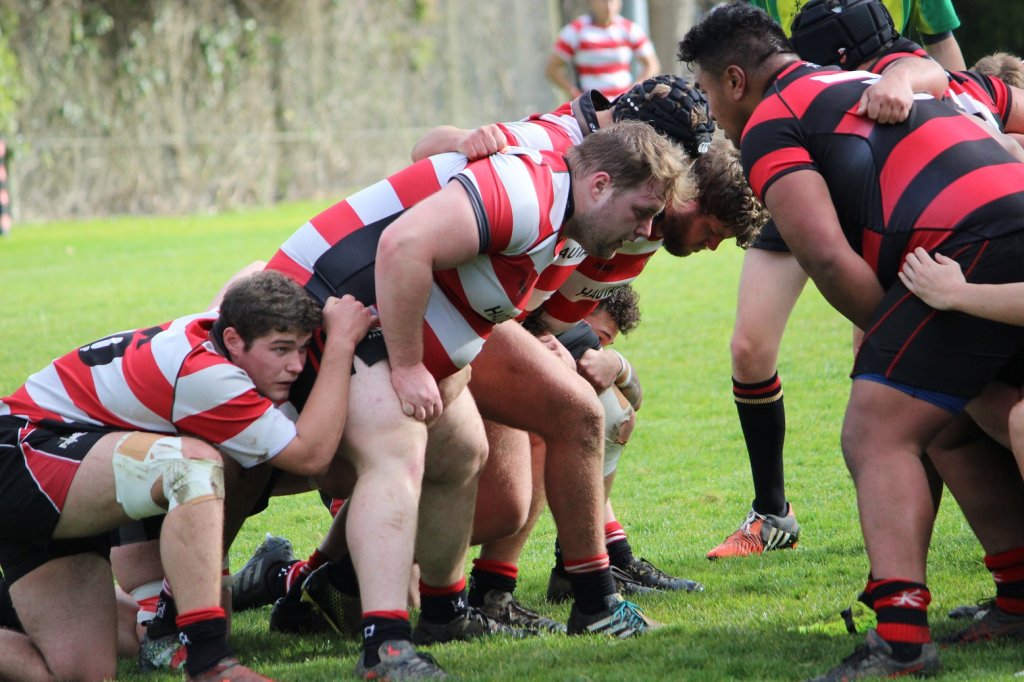 The forwards set up for a dominant scrum.

Hamilton Old Boys hosted us for the last game of the round and the development lads were not about to take this game for granted.

From the kick-off Hautapu went on the attack and kept the opposition trapped in their 22. The pressure told, and Thomas Orr slipped through their defence to score the first of his four tries, earning him the Player of the Day award. Through resolute defence, Hautapu kept Old Boys on the back foot allowing Josh Wood to drive over. A lapse in concentration just before half time saw Old Boys score in the corner, but they went to the break 22-5 down.

The second half started with either team not giving an inch and it wasn’t until midway through the spell that Hautapu tightened up their game plan and put their structures back into play with a further three tries. One of these tries to lock, Matt Caldwell. Final result 41-5 to Hautapu.

Next week semi-finals are at home against Marist. Thanks to the continued support of our sponsors and supporters. See you there.