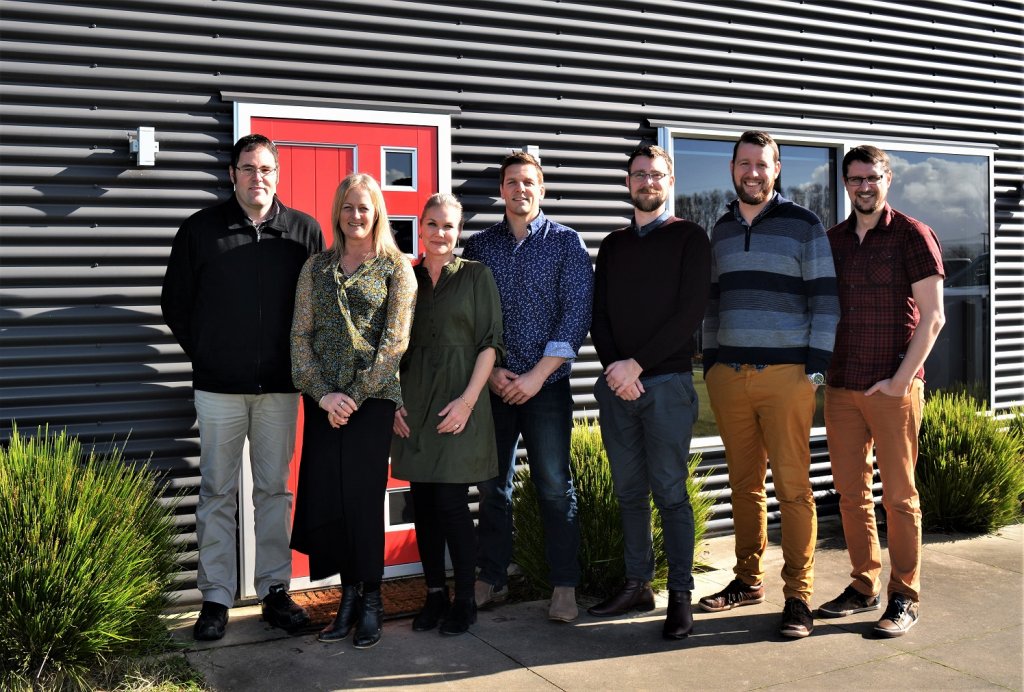 The practice came away from the Waikato/BOP July 6 function as the Waikato regional winner of the Residential New Home over 300m2 Architectural Design Award.  The accolade was for Hilltop House, a contemporary home atop a ridge at the base of Maungakawa, designed to settle harmoniously against a backdrop of native bush.

Lee Turner, director at Turner Road Architecture, said the house was built as a spec home by builder Brenton Voorend, and was now owned by a local family. Winning the award has delighted the team, he said, particularly as the Residential 300m2 category was considered the most prestigious of the awards.

“From a company perspective, it’s great,” he said. “It means we can show people what we are capable of doing here.”

Lee’s wife Kristin, who is marketing manager with the company, said: “It is particularly nice to be noted by your industry peers, people who really know design.” Sitting astride a ridge in Maungakawa, Hilltop House won in the Residential New Home over 300m2.

Lee founded Turner Road Architecture 16 years ago.  The practice has entered the awards only in the past few years, but has already amassed several winner, finalist, and commended accolades.

Their brief for this year’s award-winning Hilltop House was for an easy-living family dwelling, one that capitalised on the dramatic 360-degree view from the site. It was intended to be simple and contemporary, with a strong sustainability element throughout.

The home’s low profile offers wide views from almost every vantage point. The building comprises a three-pod design intersected by a lower pitched glazed link as the entrance hall; it has four bedrooms, two living areas and a media room.  Finished in a palette of natural colours, the house is clad in cedar weatherboard and Eurostyle coloursteel.

“There are lots of big glass areas that make the most of views over Cambridge and the surrounding area,” said Lee. “The house is a little different for Cambridge … we were really given a very loose rein in terms of its design.”

The team’s winning entry now goes forward to be judged against other regional winners vying for the National Award. Another Cambridge winner on the night was Aaron Guerin of LAD Architecture, who won the Residential Alterations and Additions Architectural Design Award.

“Year-on-year the competition gets bigger and more challenging,” she said. “There are some incredible designs this year, and the Waikato really held its own. The designers who have won are assets to the region and its architectural landscape.”

Meanwhile, the team at Turner Road Architecture is waiting to hear how they’ve done with their entry into the upcoming Wellington region ADNZ Awards.  That is for one of the company’s Elevate Transportable Homes in the Residential under 150m2 category, a three-bedroomed 131m2 ‘long box’ in Lyall Bay.