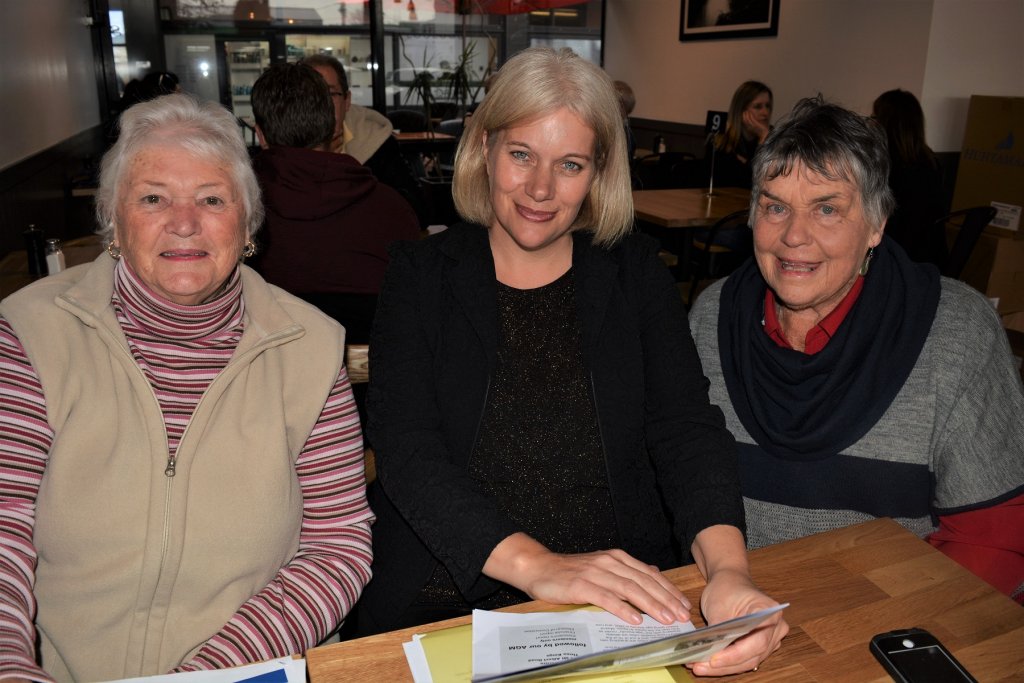 Steps are being taken to make life easier for Waipa’s seniors. Cambridge and Te Awamutu will soon see the introduction of the Total Mobility Scheme (TMS), a subsidised taxi service aimed at easing transportation issues for the elderly.

At the same time, Cambridge Grey Power head Val Massey is compiling a database of people willing to help seniors by doing light tasks around their home, or by simply paying them a visit. The moves are geared to increase seniors’ participation in community life and reduce the negative effects of loneliness.

The TMS has been operating in various parts of the country for several years. It is organised and funded through a partnership between the Ministry of Transport and participating regional and local councils and is intended to help those with mobility constraints to remain active within their communities.  It is not intended as a substitute for other transport services already in existence.

Joining Val Massey at a meeting in Cambridge last Monday were Waipa District councillors Liz Stolwyk and Hazel Barnes, who said moves to incorporate the scheme in Waipa had been approved by council a week earlier.

“We’re now ready to let people know and get it going,” said Liz.

All three women recently attended the National Age Friendly Communities Forum, held in Wellington by the Ministry of Social Development. They heard what central and local government partnerships were doing to meet the needs of New Zealand’s growing number of seniors.

“We are aware we have a changing population in Waipa,” said Liz. “We have a significant and growing percentage of aged people, many of whom live very isolated lives. It’s important for us all to find ways to meet their needs. We might be behind other centres in bringing the Total Mobility Scheme to Waipa, but we are fast-tracking it now.”

Figures suggest that almost 15 per cent of the Waikato population is over 65, and it is thought there are close on 8000 over-65s living in Waipa. Liz said a large percentage of occupants in Waipa’s 126 pensioner houses live alone. Many don’t drive and face transport problems.

Hazel Barnes, who also heads Te Awamutu Grey Power, initiated the adoption of TMS in the district. Both she and Liz had been considering ways to enhance an existing age-friendly policy within WDC and knew that loneliness was one of the greatest problems faced by seniors with mobility issues.

“There are practical difficulties, of course, and many prefer not to ask for help to do their shopping, for example, or go to activities,” she said. “It means they just stay at home. The loneliness they experience as a result is a big issue; it brings all sorts of other health-related problems.  The implementation of this scheme will give them an opportunity to get out much more.”

Those eligible will be given a chit which offers them a discounted rate when using participating taxis. The next stage is nutting out the details and identifying potential users.

“There is a lot of information we still need, but we should be able to get going within a few weeks,” said Hazel.

She said anyone wanting more information about the scheme could call her on 07-870 1924 or email her at [email protected].