The winter weather held off long enough for the crowd of supporters, sponsors and old timers to enjoy a great day at Leamington on Saturday as all three teams were matched against Matamata.

Siggy Holmes scoring for the Colts.

The last round robin game was a battle for pride, finishing a tough season with a win and two players playing their blazer games.

Matamata pushed hard for the win, but Leamington’s defence held out for a 22-19 win. Five Stags player of the day was Drew Bootten. 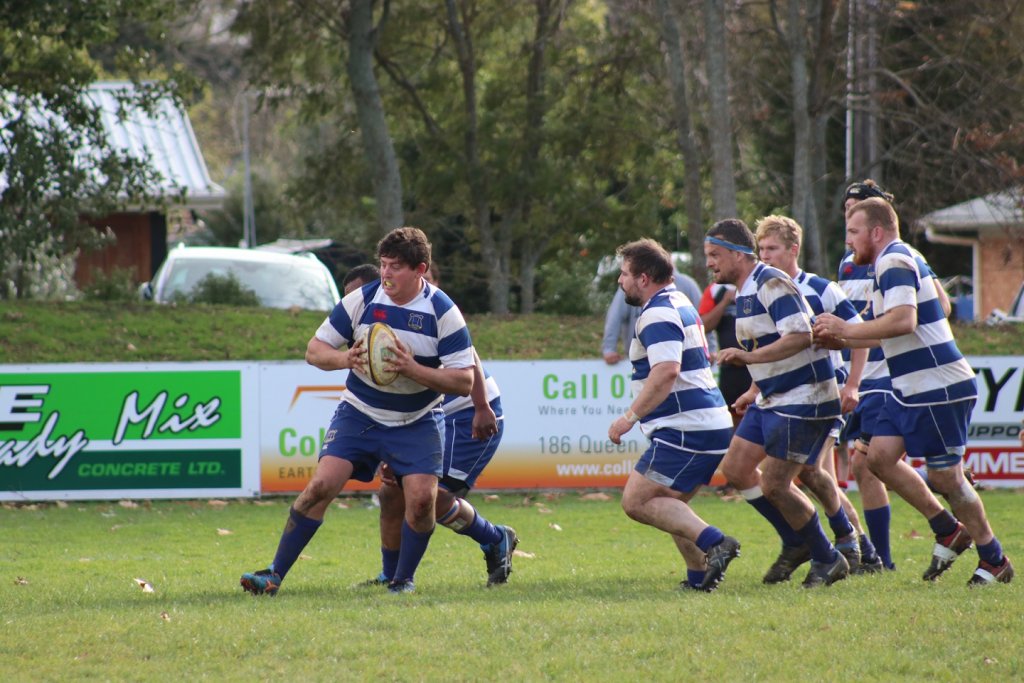 Chris Gillies leading the charge for Senior B.

A massive game with top of the table Matamata undefeated this round. A close fought game was won by the Leamington boys, Gillies scored a try and a penalty try was awarded, Matamata scored two tries and Leamington won 14-12.

Player of the day was Michael Morgan. Next week the Senior B team host Surf in a semi-final kick off at 1pm.

This game was top of the table verses third, a close first half with the visitors leading at the break 16-7.

Leamington scored first in the second half and drew close 14-16. Matamata lifted a gear and scored another try then a couple more penalties and the game was theirs, 31-14.

A great season for this young Colts side, pushing the top teams hard every time they meet. This weekend they host Morrinsville in the last round robin fixture, kick off 1pm.