Hautapu’s premier and development teams took on Melville on Saturday. This weekend they play home games against Morrinsville. 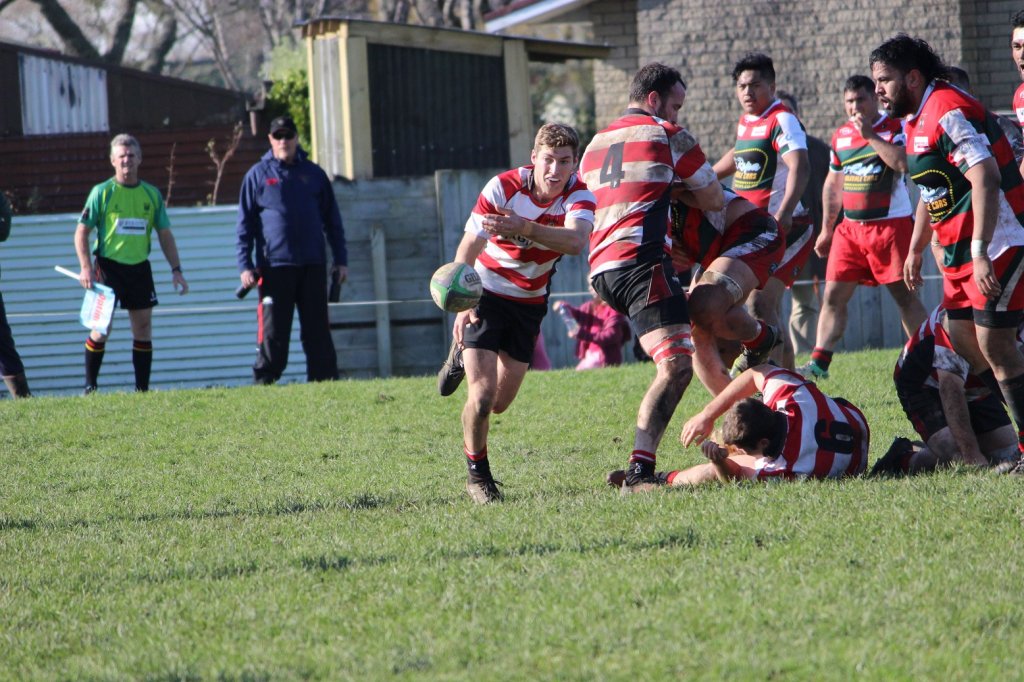 Patrick Tomsett clearing the ball from the ruck.

Hautapu As squeak in

Playing away at Collins Rd, Melville, this week in front of a very vocal home crowd, Hautapu were first to get points on the board with a penalty to Todd Doolan. Melville soon hit back with converted try scored out wide from a breakaway inside their own half. Melville followed this with a second try to their 2nd 5/8 under the posts off a set piece to take a good lead. Hautapu managed to claw one back late in the first spell, with a try to Mike Mayhew from a well-constructed lineout drive. The halftime score was 8-14 to the hosts.

Hautapu opened the scoring early in the second spell to grab the lead, from the restart play moved from one end to the other with neither team managing to gain any ascendancy in this bruising game. Hautapu repelled Melville a number of times close on their line, however Melville eventually crossed mid-way in the half to close the game up. Ciarahn Matoe kept Hautapu in the game, with a long-range penalty and a try to leave Hautapu with a slim 4-point lead. With time almost up, Ciarahn slotted another penalty to bring the final score to 28-21 in favour of Hautapu.

This Saturday we are home for the last time in round robin play to Morrinsville sports who will be filled with vigour after beating Hamilton Marist 13-12 this weekend.

Iwan Dawes on the break for his runaway try.

The development lads got off to a flyer, with a good team effort seeing Josh Wood dive in by the post to start the scoring.  This was quickly followed by Mitch Pettit having a sterling game from fullback, scoring the first of his 2 tries and earning him the Player of the Day award.  At this stage Melville got their game plan into action and took it to the Hautapu Bs through the forwards and around the fringes.  Our static defence allowed them easy yardage and conceded two tries.  Both teams scored a penalty to go to the break 17 all.

Stern words by the coaches sent the team out with a clear plan.  After conceding an early penalty, the forwards started to make headway with the defensive line moving up to shut down the opposition before the advantage line creating mistakes and turn over.  The backs found the space to attack and that they did with five converted tries coming in the second half.  Iwan Dawes had a runaway try of his own as well as a 100 per cent kicking game.  Mitch Petitt’s 2nd try was sublime with a kick and retrieve down the side line.  The final score was 52-25 – well done lads.

Thanks to our sponsors and supporters who travelled to Melville. On Saturday we will be at home against Morrinsville, see you there and come into the clubrooms and enjoy our hospitality.