The group was up against 22 school teams from around the country, equipped with just a map and compass, as well as essential survival gear, to traverse about 40km on foot and bike in Rotorua’s Redwoods, using team captain Sam Bain’s excellent navigation skills, as well as team work, perseverance and both physical and mental strength to solve a raft of problem solving challenges, mystery activities, obstacles and rogaines.

“I thought it went really good,” said the team’s captain, Sam Bain. “We didn’t really have much preparation time because we had people pull out the last minute, so we had a few late ring-ins which meant we were kind of just getting to know each other as we went.” The team competed a number of challenges at Rotorua’s Red Woods.

The school’s deputy head boy, Sam Hogan, a seasoned adventure racer who did the 5-day Hillary Challenge earlier this year, filled in at the last minute along with two newcomers to the sport, Bella Forrest and Britney Laurence. “I think we did pretty well for not having any training, it was pretty full on,” said Hogan.

“It was a little bit overwhelming because I didn’t know what to expect at all,” Bella said.

“I knew it was going to be hard, but it’s a lot more mental as well, like having the mental strength to keep going,” Britney added.

“It was quite mentally challenging trying to keep up with people who had done it before!” said Bella. “We couldn’t have done it without everyone else in the team really, the pushed us, quite literally! Gave a boost mentally and physically.” The team completed rogaines by foot and bike.

Although the team failed to find the first checkpoint for the competition, they picked up their pace from there, collecting points across a number of challenges.

“We never felt lost, the whole way (Sam Bain) knew exactly where we were going,” said Hogan “There’s nothing worse than thinking you’re on track and then realising you have to turn back… big credit to Sam’s navigation and the team’s perseverance, everyone just stuck at it, that was awesome.”

Some members of the team are considering braving a 24-hour adventure race in October, and most of them, except for the two Sams in Year 13, plan on competing in the in the five-day final early next year. 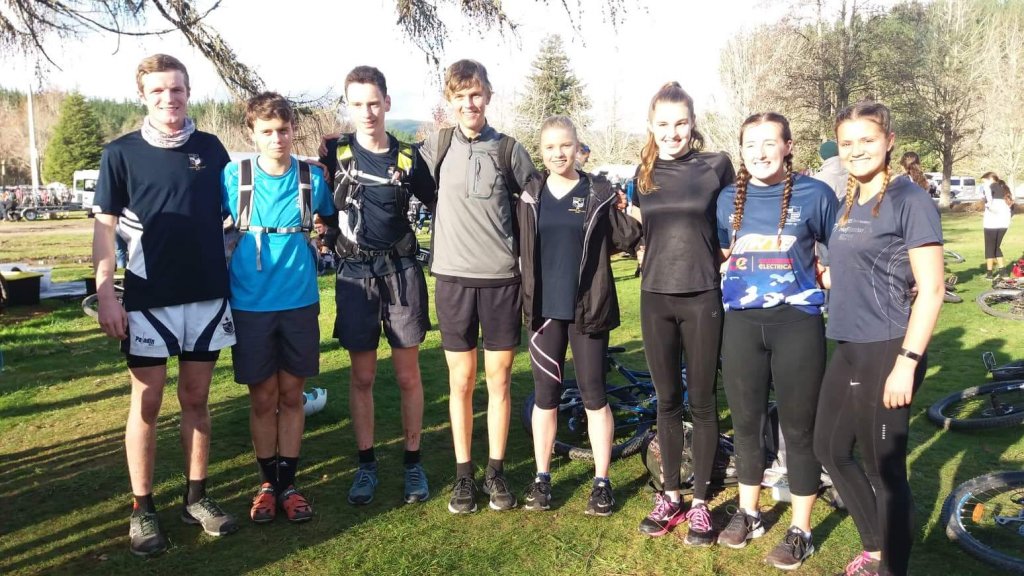