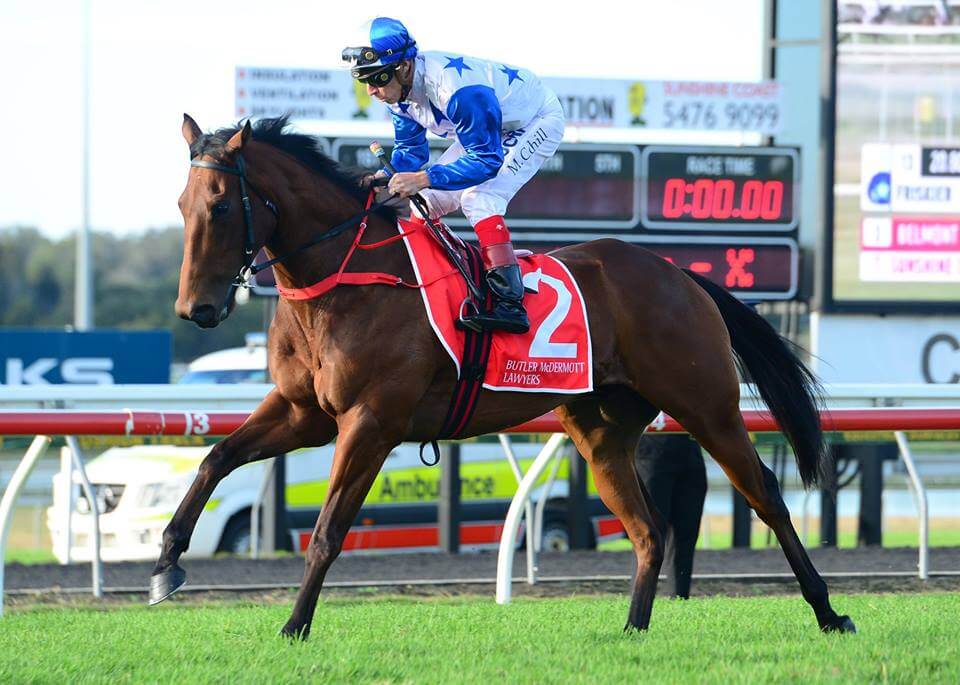 Cambridge-trained The Bostonian added a second Australian stakes race to his resume when he took out the Group Three Sunshine Coast Guineas (1600m) at the Sunshine Coast last Saturday.

The Tony Pike-trained son of Jimmy Choux partnered with jockey Michael Cahill was the hot favourite and the faith of the punters was well placed when he won by three-quarters of a length, despite some setbacks that almost saw a premature return to New Zealand.

“It has been well-documented, we scratched him a couple of times early because of wide barriers,” Pike said. “Then he got bitten by a green ant or spider.”

“He is a pretty good horse with a bright future,” Cahill said.

The three-year-old’s goal of the Queensland Guineas had to be put on hold when he became unwell.

“We had to treat him and by the time he was ready to race the winter was pretty well over,” Pike said. Sydney or Melbourne spring carnivals are options for The Bostonian who showed he was up to the challenge with his mile win in the Sunshine Coast Guineas.

“It is obviously a step up for the Sydney or Melbourne races,” Pike said. “We will work out where when the dust settles.”

Pike had considered sending The Bostonian home when things seemed to go from bad to worse for the gelding. “But we had confidence in him.”