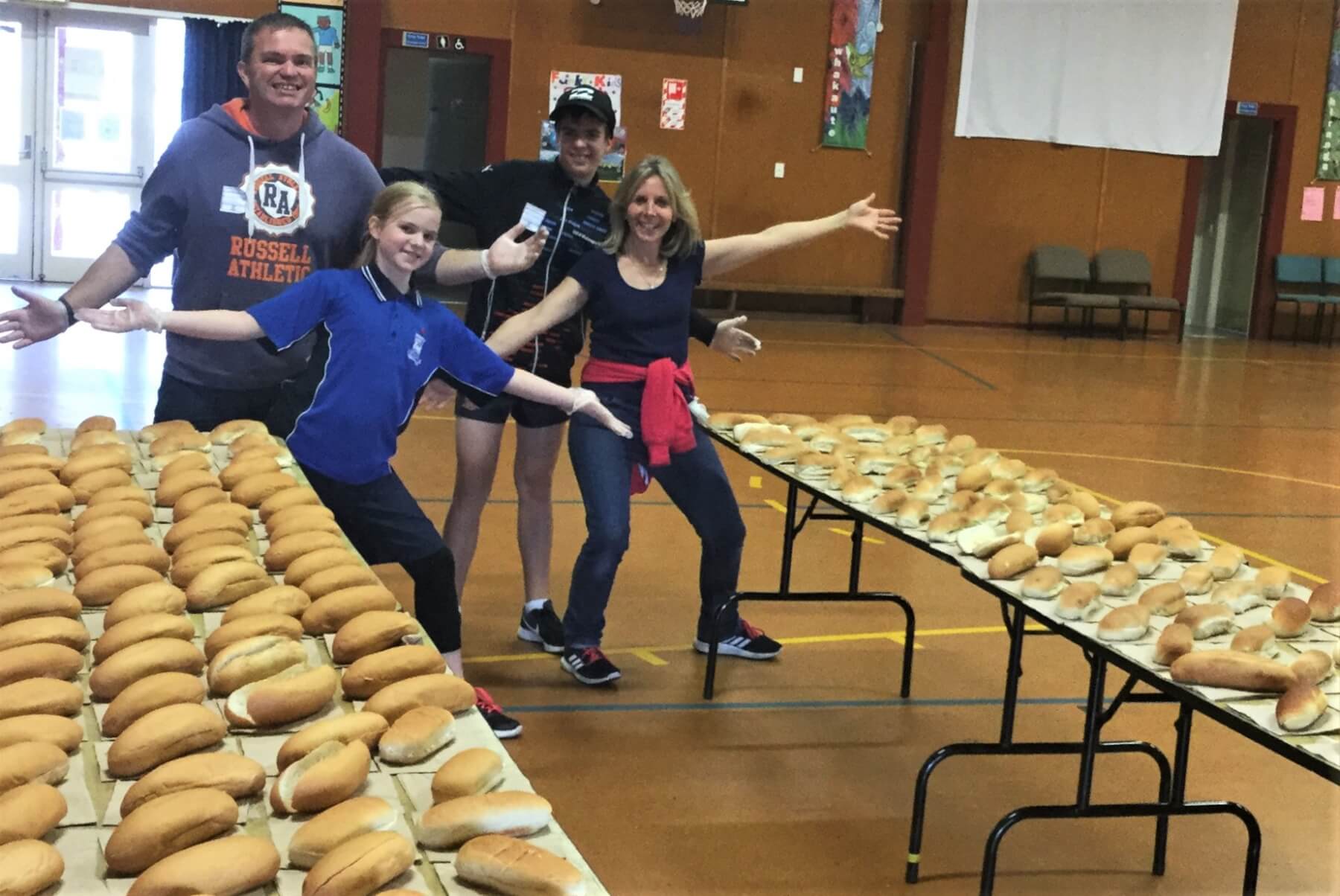 Tackling hundreds of buns for their Burns Trust fundraiser were Anna Crouchman, mum Tracey, dad David and her brother Max.

Spurred on by the support the Burns Unit offered 10-year-old Anna Crouchman when she was burned by a burst hot water bottle last winter, the family decided to organise a fundraiser for the Trust. The successful sausage sizzle, which was held at Anna’s school – Leamington Primary – on May 22, doubled as a platform via which to raise awareness around burns prevention and care.

Grateful for the help Anna has received since she was burned, the family wanted to do something to highlight the need for burns prevention, while also supporting the Burns Trust.

Anna’s mum Tracey said the Trust’s support throughout Anna’s ordeal had “meant absolutely everything” to their family, and organising the fundraiser was one way they could offer practical help to show their gratitude.

“We are delighted with the total, and very grateful for the support and generosity of the Leamington Primary School community. A huge thank you too to our local Good Union, who donated the sausages and bread rolls, to Cambridge Hire Centre for gifting the use of their double burner BBQ, and to four of our local volunteer firefighters who helped on the day.”

“We want to say a huge thank you from Anna and the rest of us for everyone’s support and generosity in helping raise funds for a charity that provides ongoing support and advice to burns survivors and their families.”