Local MP Louise Upston has written to the Minister of Social Development, expressing concern at the way the 30 per cent rent cap figure is calculated by the Waipa District Council.

The way council sets its 30 per cent rent cap for pensioners’ rent has prompted a letter from MP Louise Upston to the Minister of Social Development, querying the way the council has done its figures.  Council policy has rent for its pensioner flats set at 30 per cent of a pensioner’s gross income (taking into account the accommodation supplement) or market rent, whichever is the lesser amount.

Ordinarily, someone seeking accommodation supplement will take their rent figure to Work and Income and this will determine the amount of assistance they receive.

In the case of the Waipa pensioners, however, 30 per cent of their gross income is added to the maximum accommodation supplement available to come up with the rent figure. They pay whichever is lower – that figure, or market rent.

Resident Bernie Frost has been objecting to council about this, eventually taking his concerns to Local MP Louise Upston. As a result, Louise has written to the Minister of Social Development, Carmel Sepoloni, querying the way it’s calculated. “My constituents are therefore being totally deprived of the normal subsidy assistance the AS (accommodation supplement) brings,” the letter said. 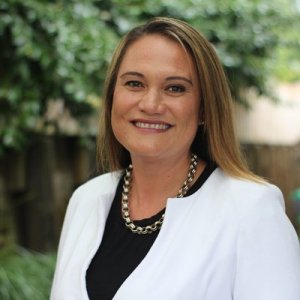 She also presented Minister Sepuloni with a letter the pensioners received at the end of April from council, explaining that due to a rise in their accommodation supplement, their rent was being raised by the same amount.

Waipa District Council’s Group Manager Business Support and Chief Financial Officer, Ken Morris, said the wording of this letter was unfortunate, and that they reason for the rent rises was actually because Quotable Value (QV) had conducted their annual market rent review – not because of an increase in the benefit as set out in the letter. The fact it had gone up by the same amount as the increase in accommodation supplement was just a coincidence.

Another letter was sent out to residents clarifying council’s position that the rent had risen by $15 over the previous 12 months according to QV’s calculations on the properties.

And in any event, Ken said there are no residents in the units being charged at the 30 per cent rate, because the market rental values set by QV are all less than that. Ken said that during consultation, pensioners had agreed with the rent cap proposal put forward by council but conceded that the phrase “taking into account accommodation supplement” was not explained to them unless they specifically asked what it meant. Feedback from the pensioners to council last year was found to be in favour of the current rent cap regime, with 35 retirees giving their feedback from a total of 133 people living in 129 council units in 8 complexes across Waipa. Which is hardly a ringing endorsement, Bernie pointed out.

Instead of the current calculation, Bernie would like to see the rate set at a maximum of 30 per cent of the pensioner’s income, with the accommodation supplement going to the pensioners to help offset that cost, which would be considerably less than the market rent they are currently paying.

“I have been fighting this on behalf of others in the flats, some of whom are reluctant to speak out,” Bernie explained.

In her letter to Minister Sepuloni, Louise Upston pointed out that if this way of calculating rent was adopted by all local councils that provide accommodation, the increased cost to Work and Income would quickly rise. “It has been suggested to me that the approach used by WDC may be illegal although it is acknowledged the Policy itself and the process through which it was adopted is not.”

What about the under 65s?

There are four residents in council units who are under the age of 65, however their rents are also calculated at the 30 per cent of the national superannuation payment, despite the fact they are receiving much less on the Supported Living Payment. This means that, that for some, their rent is more than 50 per cent of their income – not the 30 per cent (plus accommodation supplement) enjoyed by their fellow residents.

Ken Morris said that the housing policy has been amended so that there will be no future tenants accepted under the age of 65, but that existing tenants in this category can remain. “This change came after we became more aware of the significantly lesser rate of benefit that these tenants receive from central government.”

Following deliberations, a Pensioner Housing Working Group in 2017 decided they would place their focus solely on over 65s. “They were sympathetic to the financial circumstances of people on the Supported Living Payment but agreed that as a council we cannot take responsibility for something that is clearly a social welfare issue and therefore a central government matter,” Mr Morris said.