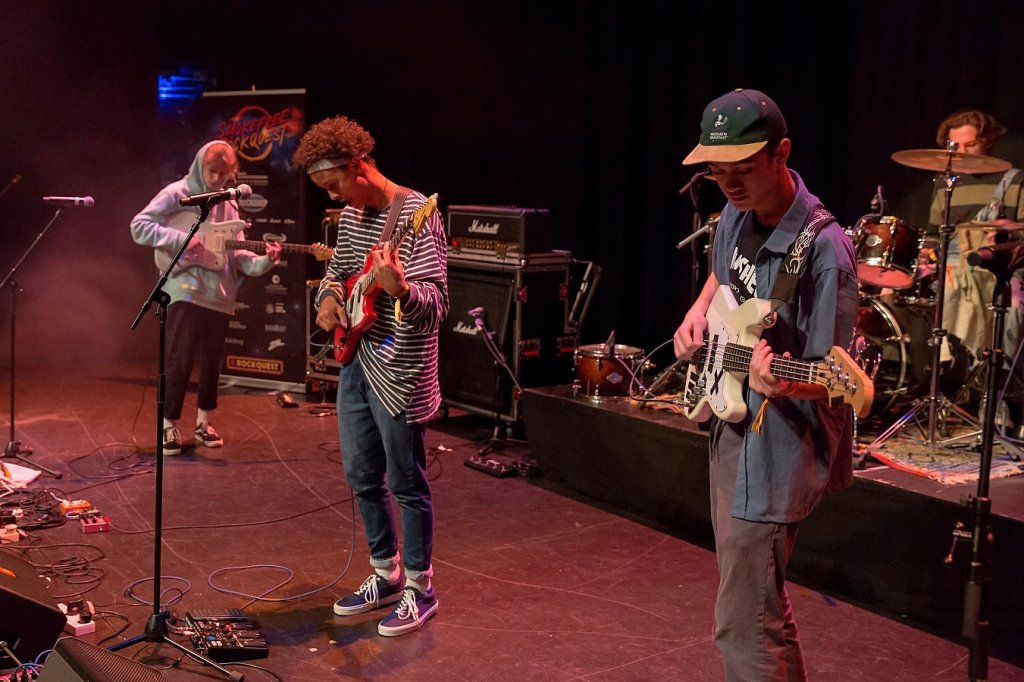 Twenty-nine bands bravely took to the stage at the Clarence St Theatre last Sunday as part of the Smokefree Rockquest regional heats, battling their nerves of steel to perform their own original songs to an audience of around 700 people.

Twelve of the bands made it through to the regional final on June 16, including Cambridge High School’s Betend Rocket.

“We could have done better,” the band’s humble guitarist Ben Cooper said.

“But we did it,” bandmate Josh Bam added. “We just had little minor mistakes that could have made it better… it wasn’t bad.” 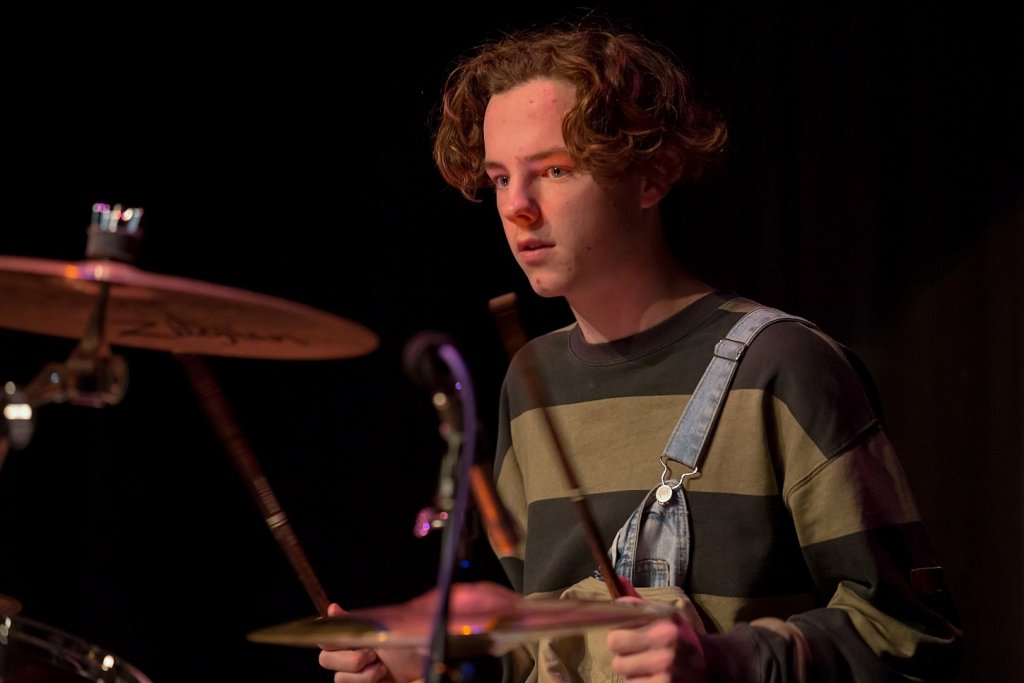 Connor, Ben and their other bandmate Keenan Tuwhangai competed at Rockquest last year as “Tyler’s Release”, but this year was the first time they’ve made it through to the regional final, with vocalist Josh Bam added to the mix. They decided to make a “bold move” encouraging the audience to sing along to their original song “Teeth” and were amazed that the crowd obliged. “We didn’t really expect them to sing along, and they did. When we heard it and we were like, WOW,” said Connor.

“They seemed to like it,” said Ben, who originally wrote the song. “Getting through was cool, but now we know what we need to work on.”

The band is now hard at work practicing for the regional final on June 16 at Zeal Hamilton, where they will have to perform a seven-minute set, playing “Teeth” and another original, “Nathan the Kook”.

“I’m looking forward to seeing how they go, I think they’ve got a good chance at the regional final,” CHS music teacher Daniel Peters said. “They’re a very good band, they put in a lot of time and effort.” Gracie Jolley and Lisa Heebink, both Cambridge High School students, performed with two Hamilton students as part of Ignite. “We definitely did better than we had hoped,” said Lisa. “We could have done some things better, but we were so happy with the result… All that stress and hard work behind the scenes had paid off, it was so worth it in the end.” 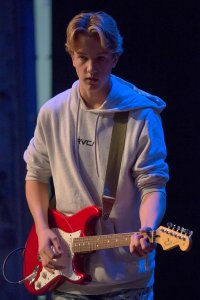 “I’ve never done something like that before, so it was pretty exciting,” Gracie said. “It was a massive adrenalin rush.”

St Peter’s bands Artificial Intelligence and Stinking Bishop both said the best part about doing the competition was having fun practicing ahead of the event. “It was fun, apart from when we stuffed up our performance,” said bassist Jamie Boyd, who performed alongside Reid Callaghan (guitar), Felix Rowe (vocals), Alex Kenel (guitar) and Matthew Brooker (drums).

“It was a good feeling to play together, and write a song, the achievement of it all,” Stinking Bishop’s bassist Daniel Parker said. “It was a bit worrying,” he said of getting up on stage, “but when you get halfway through the song it’s fine.”

Daniel was joined by Toby Robinson (drums), Shanan Sagu (vocals, guitar) and Nicole Chen (keyboard). St Peter’s School student George Roberts also performed on Sunday in the Hamilton Boys High School band Casper, which also made it through to the next round on June 16.