George said the most important aspect of entering the competition was being authentic. “Know what you want to do,” he said, “because the judges aren’t looking for one specific rock band, they’re looking for what you’re interested in, so just stick to that.” 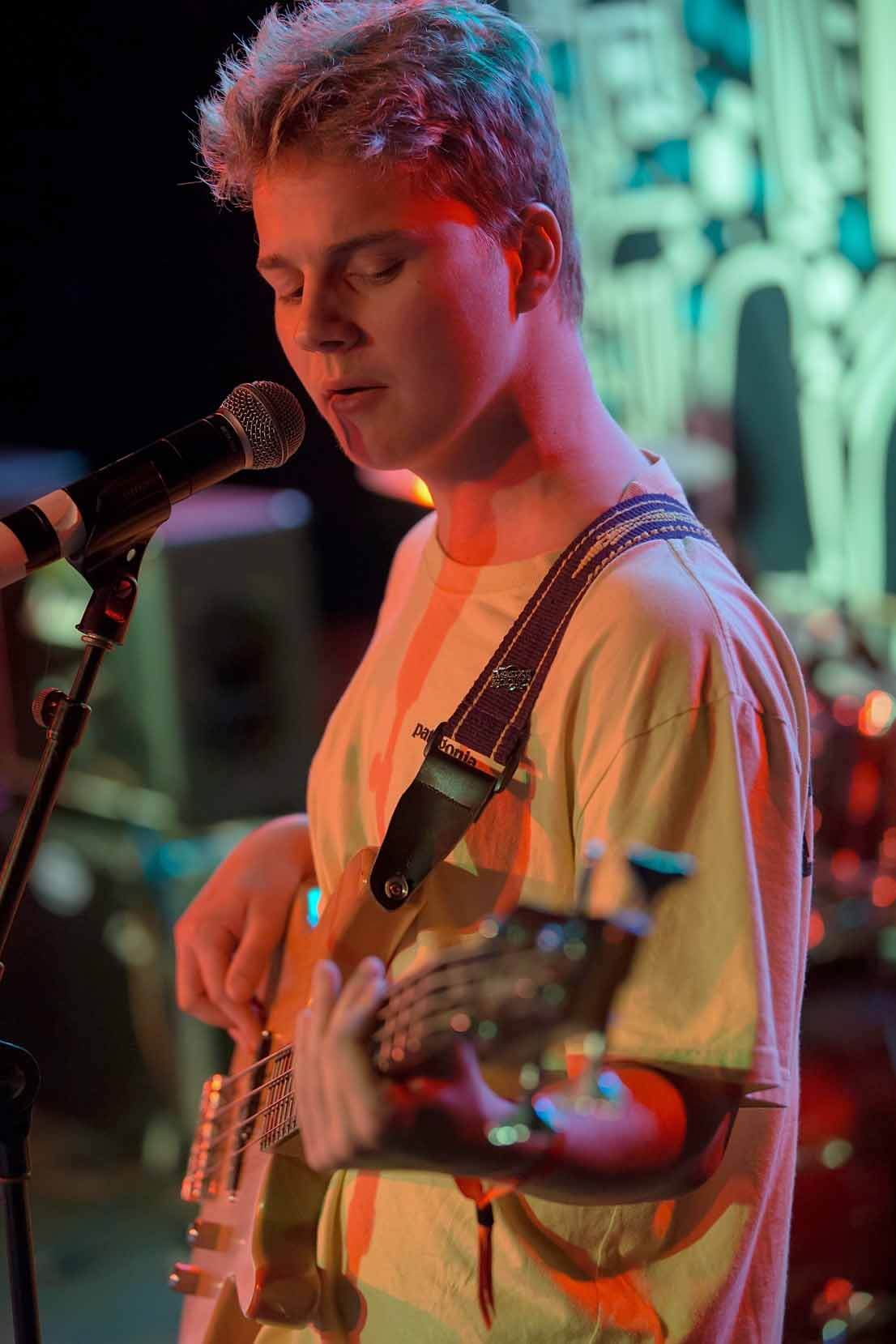 Second place in the band category went to Betend Rocket from Cambridge High School, an alt-surf pop band made up of Ben Cooper on lead guitar, Connor Quickfall on drums, Josh Bam on lead vocals and guitar, and Keenan Tuwhangai on bass.

Ben said the band were much happier with their performance on Saturday compared to the heats round. “It was very good, I think we played much better from last time,” he said.

“It was pretty tight,” Josh said, later adding that he was “shocked” to find out they’d made it through.

In addition to winning musical gear from the competition’s sponsor NZ Rockshop, the two bands now have the chance to gain selection in the national final by taking part in the audio-visual round, filming a 15-minute video of themselves performing original material to an audience.

“It’s a process that demands creativity and musical ability, being able to work together as a group and having good organisational skills,” said Smokefree Rockquest (SFRQ) Founder and director Glenn Common. “Some bands and soloists will no doubt go on to success in the Kiwi music industry like SFRQ alumnae Kimbra, Marlon Williams and Shapeshifter, but for most of the young musicians SFRQ is about the experience of performing live on stage in a professional set up, meeting others who share their passion for music, and getting constructive and impartial feedback from more experienced musicians who are our judges and mentors.”