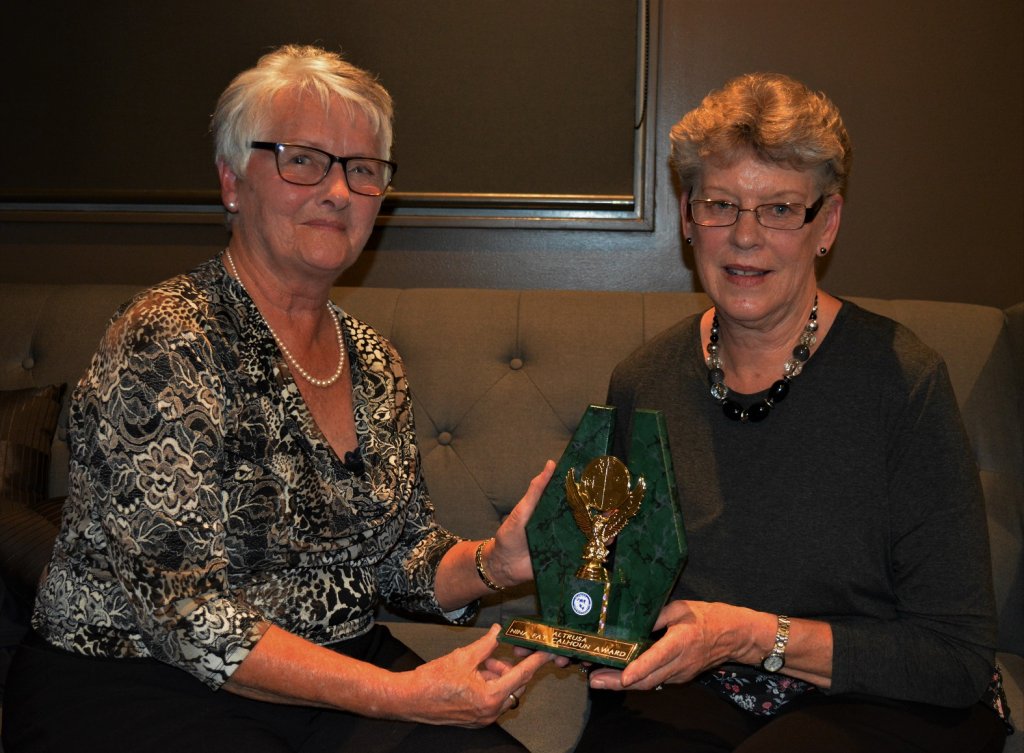 Last month’s annual meeting of the Cambridge Altrusa Club marked both a change in leadership and a celebration of recent successes.

De-ane Busby ended her two-year presidency of the club at the May 24 meeting, handing the baton over to Jenny Shaw and a new official board.  Both women have enjoyed a long tenure with the organisation.  De-ane has been involved for around 20 years, most of them spent in Taranaki, while Jenny has been a member of Altrusa for 25 years and was president of the Cambridge club two decades ago, from 1998-99.

One of De-ane’s stated aims when she was elected president was to build membership in the local club. “There were just 17 members when I came in; we’re now at 21 and the club is doing really well,” she said.

Last month’s meeting recognised some of the group’s recent highlights. The Cambridge club was awarded the Dr Nina Fay Calhoun International Relations Award, given for what is judged to be the Best International Project.

“It was for our “Threads across the Pacific” project. It is a ‘hand-up, not hand-out’ initiative which is sending sewing machines, fabrics and threads to schools in Vanuatu, and teaching sewing skills to the young women over there,” said De-ane.  “It came out of something that was started a few years ago by a Tauranga Altrusa member, Caroline Mason.  She and a group of New Zealand women went to Vanuatu with materials and taught sewing to the locals, with the idea that they would then be able to start their own businesses and become independent.

“After our successful Fabric Fair held last April, she approached me asking what we were going to do with the left-over materials. It ended up with her loading her car up with the materials she thought would be suitable. It was a great result all round.”

Cambridge Altrusa took the project on board, did loads of fundraising and went on to buy five sewing machines as well as other materials needed for the project. Another five machines will be purchased and taken over to Vanuatu later this year when one of their members returns to the islands.

It is understood that the “Threads across the Pacific” entry will now be put forward to feature at the Altrusa International Convention in Reno, Nevada, in July next year.

“It has been a very successful project. We’ve done a lot of fundraising to support it – all our members were able to contribute something to it. People were very supportive.  Our club was particularly thrilled to win the Dr Nina Fay Calhoun International Relations Award as it was the first time we had put in an entry.  It’s a wonderful project and great for our club.”