Mycoplasma bovis can lay dormant in animals, showing no signs of disease until times of stress such as calving, drying-off, transporting, extreme weather exposure, at which case it can shed bacteria in milk and nasal secretions, which does not affect humans but can then spread to other animals.

Biosecurity New Zealand (a unit of the Ministry for Primary Industries) confirmed this week that a farm in the Cambridge area has tested positive for Mycoplasma bovis.

The local dairy farm was identified through the tracing of cattle movements from infected properties and has been put through an exhaustive testing process to achieve a reliable result. The farm is under strict controls preventing the movement of animals and other risk goods on and off the property. 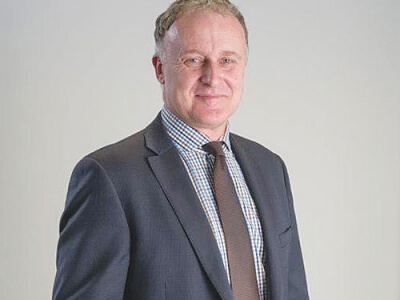 “It was, however, not a huge surprise, given the sheer number of farms we are uncovering that have received cows and calves from affected farms.

“It’s a reality of New Zealand’s farming system that large numbers of animals are sold and moved across big distances. This response is serving to underline just how much movement takes place and it is this, coupled with poor record keeping through NAIT (National Animal Identification and Tracing) that is making our job very challenging.”

Since the beginning of the response, Biosecurity New Zealand (MPI), animal industry bodies, vets and farmers have been intent on identifying new infected farms, containing the disease, and keeping all options open to make the best possible decision on how the disease should be managed in future.

“Currently many of our people, along with our partners in industry, are putting in big hours to gather the information needed to make such a significant decision – do we attempt to eradicate the disease or move to some form of management over the long term?

“It is not an easy decision to make. All options remain on the table, but we are now looking harder at the possibility of having to manage it over the long term.

“A decision is expected by the end of this month. It’s taking time because we want to get it right and we are working hard with industry representatives to get us in the best place to make the best decision,” Mr Gwyn said.

The new Cambridge positive takes the number of infected properties across the country to 39.

What is Mycoplasma bovis?

Mycoplasma bovis (M. bovis) is a bacterium without a cell wall, so does not respond to antibiotics. It that can cause a range of quite serious conditions in cattle including mastitis that don’t respond to treatment – pneumonia, arthritis and late-term abortions.

The disease may be dormant in an animal causing no disease at all. But in times of stress (for example, calving, drying-off, transporting, or being exposed to extreme weather) it may shed bacteria in milk and nasal secretions. As a result, other animals may be infected and become ill or carriers themselves.

It does not infect humans and presents no food safety risk. It is an animal welfare and productivity issue.

This is the first time it has been found in New Zealand. The bacteria is an Unwanted Organism under the Biosecurity Act 1993.

Mycoplasma bovis is not listed with the OIE (the world animal health organisation) and doesn’t present a trade risk for New Zealand animal products. Internationally, the disease is managed by farmers through:

·         good biosecurity practices on their farms