Breaking up with plastic, for good 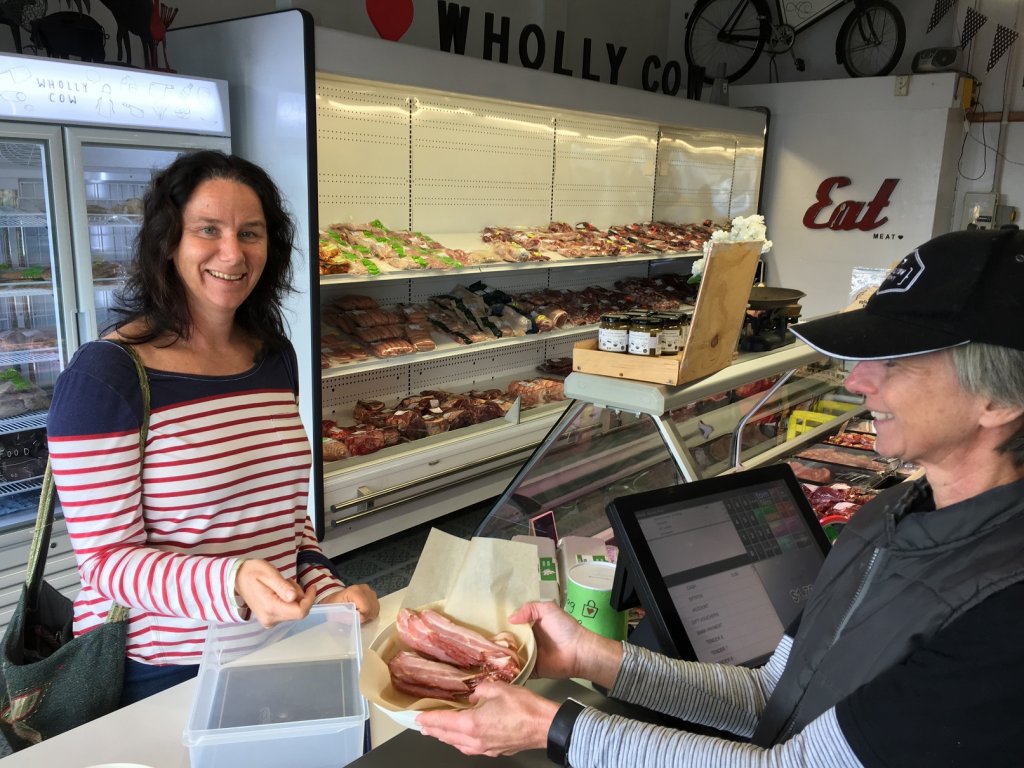 Sam Brydon (left) takes her containers to Wholly Cow, who weigh the meat on compostable paper and place it into her container.

With more and more of locals breaking up with single-use plastic bags in favour of reusable bags, the use of the ubiquitous shopping bag seems to be in decline. But the bags are just the tip of a plastic iceberg. Sam Brydon from Plastic Bag Free Cambridge would like to encourage locals to start thinking about other places they can cut plastic from their lives – starting with takeaway containers. Sam said she recently phoned a restaurant to order a takeaway, and asked if she could bring in her own containers for the restaurant to put her meal in. Obviously not something they had encountered before, the restaurant took a bit of persuading, Sam said, but they got on board with the idea. “It worked really well in the end,” Sam said.

“Two years ago, nobody took reusable cups to get coffee, but now they’re a common sight,” Sam pointed out, adding that she hopes the same will become true of takeaway containers.

A good place to start is to have a suitable container on your desk at work, so that a sushi lunch can come without the single-use plastic container.

“Or you could just take a plate from your office to the food place and carry it back. Alternatively, instead of spending the time eating the food at your office desk, you could sit in and take five minutes to enjoy the food at the café or restaurant,” Sam suggested. It’s a small change that, if enough people got on board with it, could make a big difference to the environment. A quick and very unscientific survey of food places in town showed they were unanimously in favour of people bringing their own containers. Cafes in particular were keen, considering that they already have a growing number of people bringing in reusable coffee cups.

And given the plastic mountain that’s growing now that China has stopped buying our recycling, we may soon have no choice about altering our plastic habits.