What next for State Highway 1? 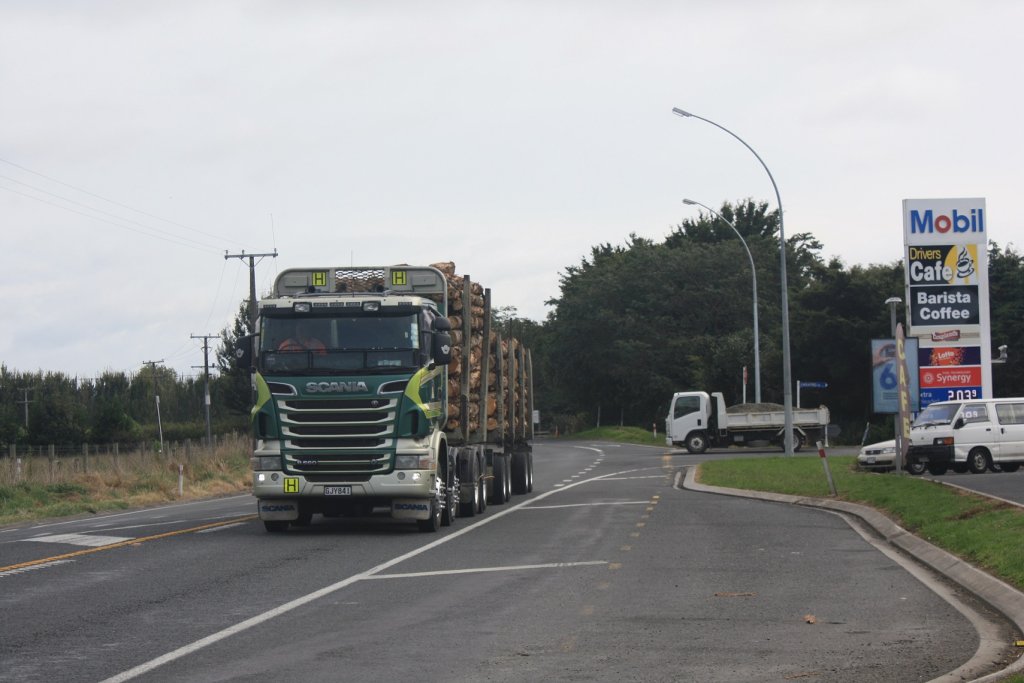 An increase in traffic on State Highway 1 between Cambridge and Pairere has made the intersection with Karapiro Rd a ‘nightmare’ for locals.

With uncertainty surrounding the plans to extend the Waikato Expressway to the Tauranga turnoff, concerned locals are speaking out about the urgent need for improvements to the intersection of Karapiro Rd and SH1.

Dave and Lisa Roigard, owners of bus company Karapiro Charters which is based on Karapiro Rd, said that making a right turn onto the highway towards Cambridge has become a nightmare. They regularly cop abuse from other motorists trying to get into the Mobil site through the entrance right by the stop sign, with some drivers rounding the corner on the wrong side of the road to access the station. Council said the yellow ‘no stopping’ markings on Karapiro Rd at the entrance to the service station will be repainted, however in a resource consent granted in November to the Mobil for redevelopment, the condition has been imposed that the entrance by the stop sign on Karapiro Rd be closed for safety reasons. With two quarries and a bus company operating down Karapiro Rd, the entrance is regularly and unavoidably blocked by long vehicles.

But it’s not just people trying to get in and out of the Mobil that are the problem, with the Roigards saying that the stretch of SH1 has become much busier over recent years, particularly since the expressway opened in December 2015. It’s a claim backed up by the New Zealand Transport Agency (NZTA), which said traffic volume on the SH1 route has increased from 15,000 vehicles per day in 2013 to 19,000 in 2017, with 11 per cent being high capacity vehicles.

None of this comes as any surprise to the Roigards, with Dave saying he has recently had to wait at the intersection for 12 minutes until he could get his bus across the road. The stretch of SH1 has become much busier over recent years.

And predictions are that the once the ring road around Hamilton is complete, SH1 will get even busier as motorists use it to travel north in preference to SH 27 through Matamata.

The NZTA’s Director Regional Relationships, Parekawhia McLean, said that the agency is developing a new draft state highway investment proposal, based on the recent Government Policy Statement (GPS), which is expected to be released in late April.  This will outline the proposed investment in state highway improvements during the next three years, in line with available funding in the draft GPS. “The Transport Agency cannot give further detail on future plans for specific transport projects, including the SH1/SH29 Cambridge to Piarere project, until the public engagement process has been completed and the final GPS has been adopted.”

Also concerned by the possibility of a delay to the expressway extension is Taupō MP, Louise Upston, who is urging concerned residents to sign a petition demanding government action.

“The volume of traffic will increase and bottleneck just outside Cambridge on a road we know is dangerous and not fit for purpose.”

“We need to ensure the Government commits to extending to the Tauranga turnoff (Piarere) and beyond to Tirau,” Ms Upston said.

Last Thursday, a Karapiro man, 43-year-old Greg Brown, was the latest fatality on the stretch of SH1 when his ute collided head-on with an oncoming truck and trailer unit in the early hours of the morning.

The draft GPS is now open to public engagement for until May 2 and the final version needs to be adopted by the government by June 30.

Also likely to add strain on the highway and boost traffic numbers even further is a request by the operators of Matamata’s Hobbiton tourist attraction to amend the Matamata-Piako District Plan to allow for an increase in visitor numbers. Hobbiton sits between Cambridge and Matamata, with visitors using Karapiro Rd and SH1 to get there, as well as coming from the east.

According to a report prepared for that council, Hobbiton’s visitor numbers have exceeded its resource consent – which allows them to have 300,000 visitors through the gate annually – with approximately 552,000 visitors in the 2016/2017 financial year. Operators are seeking a change to allow for 3500 visitors each day, 364 days a year – that’s 1,274,000 people, with practically none of them likely to be on foot. And that does not include visitors outside movie set tour hours. They are also seeking permission to hold up to 12 movie screenings and up to six amplified music events/concerts each year, as well as permission for on-site visitor accommodation and overnight camping facilities.

Visit the Matamata-Piako District Council’s website for more information on the proposed changes.