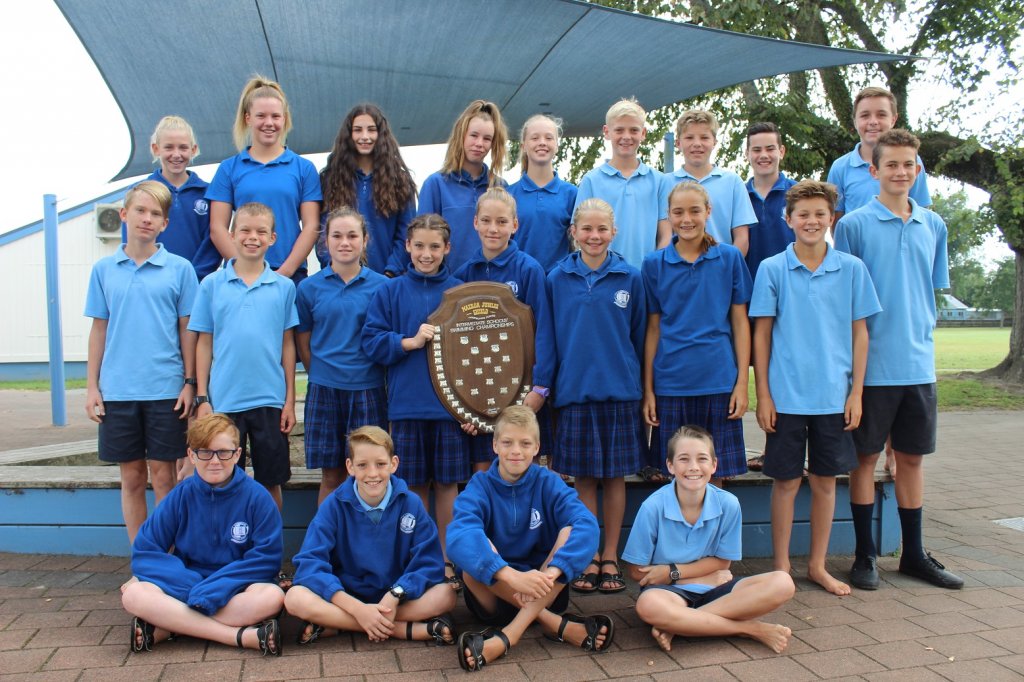 Cambridge Middle School retained the Maeroa Jubilee Shield earlier this month when their team of 25 swimmers competed at the Waikato Intermediate and Middle Schools Swimming Championships in Morrinsville on March 12.

The school won the event for the second year in a row, with podium-placings achieved over 16 races, accumulating the most aggregate points to secure the shield over 10 competing schools.

“Now the pressure is on for the Year 7s to get it for a third time next year,” said Edison Ormsby, one of the swimmers. Other students described the experience as “awesome” and “a great experience”.

Savanna Bourke smashed the 2013 record in the Year 8 Girls’ 50m freestyle heat, going on to beat her own record yet again in the final. She also made the 100m freestyle final and finished first once again.

This was the first year that Richard Glover did not attend the event with Cambridge Middle School, having retired last year after over 40 years at the school. Richard was instrumental in setting up many of the inter-intermediate schools sporting events.

The students said it was rather strange not having Mr Glover there, but they still had lots of fun.