Remembering the Wahine, 50 years on 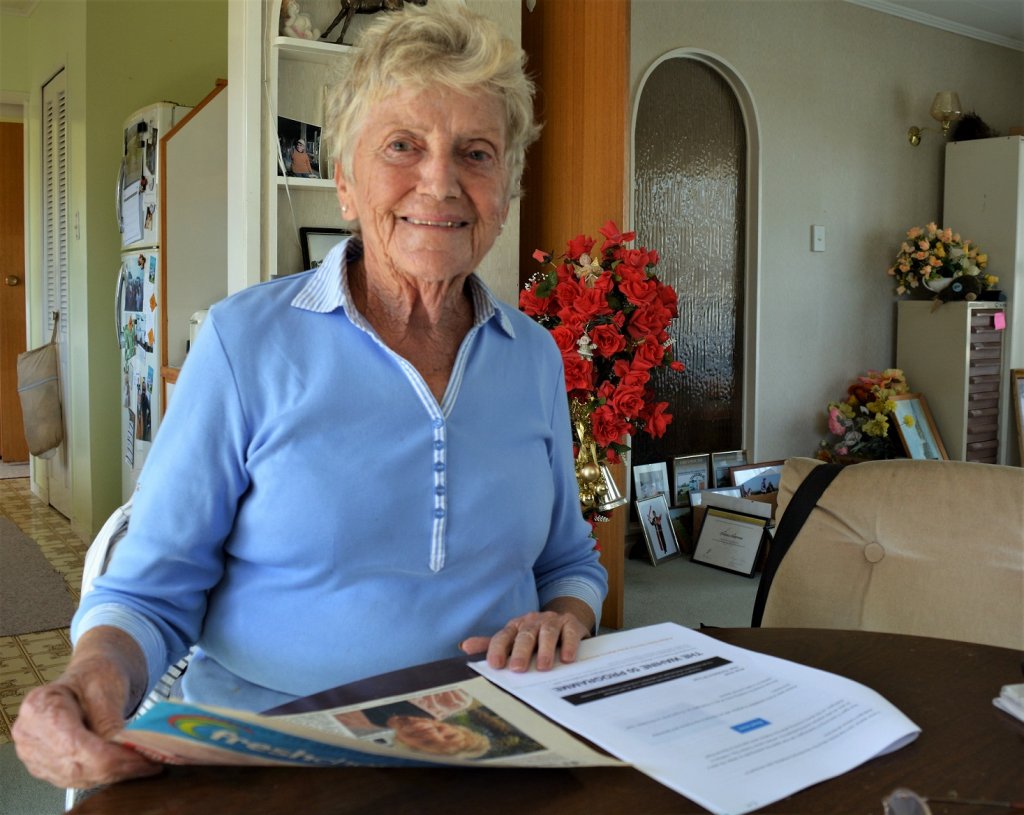 Florence Shearman is excited at the prospect of attending next week’s Wahine 50 commemoration in Wellington.

Cambridge’s Florence Shearman will undertake a poignant pilgrimage to Wellington next week.

She will attend the city’s Wahine 50 commemoration – a full day of activities planned to mark the sinking on April 10, 1968, of the Lyttelton to Wellington ferry, Wahine. The tragedy was New Zealand’s worst modern maritime disaster. It claimed 53 lives, and strongly impacted those who were involved in the rescue and its aftermath.

Florence was one of those helpers.  As a nurse, working with a Wellington-based obstetrics specialist, she ended up putting in 19 tough hours that day, starting at 10am when – having heard news of the sinking – she and her boss closed the practice and went down to Wellington Railway Station to provide aid as part of the city’s civil defence.

“I haven’t been back to the railway station since,” she said last week.  “This trip will give me a sense of closure I think, and I hope to meet up with others who were involved in the rescue that day.”

Florence has never attended any previous commemorations of the sinking; this trip is very special to her.

The young nurse was in Wellington in April 1968 to meet a brother returning from Australia.  His own ship had been delayed, so Florence found a job to fund her unexpectedly longer stay.

“Being down there [the station] was very stressful.  People were crying … looking for relatives.  I was working with the police a lot, and the Salvation Army were heavily involved.  They were wonderful. They were distributing clothing and hot soup – we were trying to warm people up as best we could, but it was very hard.  Phones were down, there were no cellphones … I just put my head down and worked through it.”

Those 19 hours are etched in her memory.  Florence remembers the elderly woman who couldn’t get out of her wet corset – the diminutive nurse herself battled to get it off her.

“In the end, I held a towel up for privacy while a burly policeman pulled it off!”

Then there was the family from China.  They sat in silence, wet and unresponsive, refusing all assistance until police arrived with a small child, alive and wrapped in a blanket. As soon as their missing child was safely found and returned to them, the family gratefully accepted the hand-out of dry clothes and hot soup.

One of Florence’s sadder memories is of a young woman who had been in Wellington awaiting the arrival on the Wahine of her brother.  The two were planning to set off on their OE.

“She had come up from the South Island to meet him – but he never made it.  That was awfully sad.”

Florence – who is well known in the district for her tireless efforts on behalf of the region’s elderly – goes with the blessing of Waipa District Mayor Jim Mylchreest, who has often worked with her on various projects.  She is believed to be the only person from this region attending the event.

“Council is very pleased Florence is going to this commemoration,” he said. “We wish her well.”

The April 10 commemorative programme will see participants mark the event with services, displays and viewings of documentaries and artefacts, a reunion lunch and a flotilla sail-past, spread across various sites in the city.