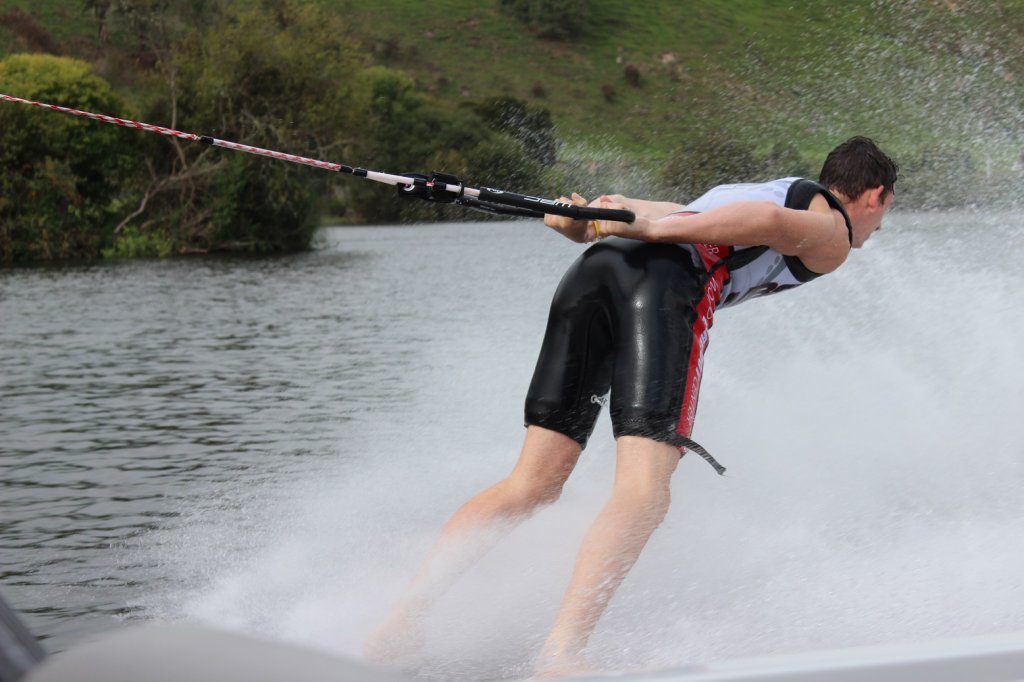 William Leigh, pictured during the lead-up to Nationals, demonstrates the front-to-back turn movement which contributed to his Asia Oceania trick record.

A Piarere water skier came away from the recently Barefoot Water Ski National Champs with top placings and a trick ski record. William Leigh was all smiles as he headed into the first round of the junior boys jump competition on day one of Nationals.

“It was really close, but I was pleased with getting second place,” said William. “I’d pushed through a really good tournament and learned a lot.

“There’s always a tough competition, there’s a lot more depth in the open men and you have to compete really good just to get into the finals… Personally I’m really happy with how I skied.”

During the three-day competition the Year 13 St Peter’s student broke the Asia Oceania Junior Trick record, scoring 7750 points, the previous record being 7200. “That was just unbelievable,” an elated William said.

By the end of day two William was winning the open men’s competition by 9 points and had set the trick record after performing a series of multiple turns, where he went from front to back and back to front to pull off seven turns in one movement. Throughout the entire competition he competed in 16 events, at least seven more events than any other competitor. But it helped that William lives almost right next door to the competition, held at the Piarere Water Ski Club. “I was just exhausted at the end of every day,” said William, later adding, “It was an awesome tournament.”

William has now secured a place in New Zealand’s junior and open teams which will compete at the world champs in august. Over the weekend he started a 7-day training camp with the New Zealand teams, and will continue training locally until heading to Florida at the end of June for 6 weeks of training at a top ski school, before competing in the US Nationals in July. Then he’ll head to Canada in August for the world champs, where he hopes to make the top 15 for open men.