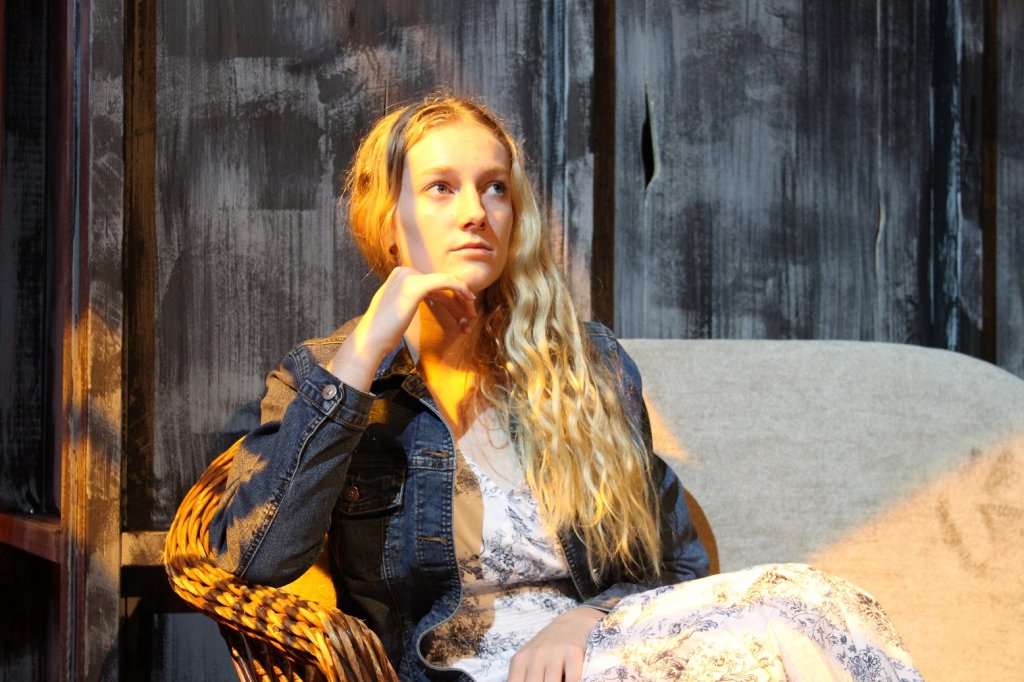 Misty Henderson, in the role of Ellen.

Misty will play one of the leading roles, Ellen, the new wife of the character Chris (Devin Gregory), an American soldier in the Vietnam War. The tragic love story starts when Chris meets Kim (Tu Maia Carbone-Curtis), a young Vietnamese woman, during his service in Vietnam. The pair undergo a commitment ceremony, intending to marry, but are torn apart by the fall of Saigon. Believing she is dead, Chris returns to America and marries Ellen (Misty Henderson), and unbeknownst to him, Kim gives birth to his son, Tam. She makes her way to Bangkok, where she finds Chris’ friend John, and eventually Chris receives news that Kim is alive and has his child. He and his wife then travel to Bangkok, where Ellen and Kim meet for the first time, “and that’s when all hell breaks loose,” said the show’s musical director Victoria Trenwith.

“It’s quite an intense story, quite an emotional rollercoaster,” Victoria said. Jonathan Khalil, in character as The Engineer.

Jonathan Khalil stars as “The Engineer”, a sleazy bar owner who eventually tries to pose as Tam’s uncle in an effort to get to America. “He’s a bit of a sociopath, but on the other side he’s got this big showman personality,” Jonathan said.

Victoria said the show includes some “really impressive technical aspects”, including a helicopter custom-built for the show, which will fly in and land on stage during the fall of Saigon.

“People will have to come and see what we’re going to do, because it’s going to be pretty cool,” she said.

The full cast includes 79 students, as well as a live 20-piece orchestra, mostly made up of students. The entire show is a through-composed musical, meaning all dialogue will be sung, with music written by the same people who composed Les Misérables.

Miss Saigon will be performed across six shows from May 4 to May 10. Tickets are available through iTICKET.