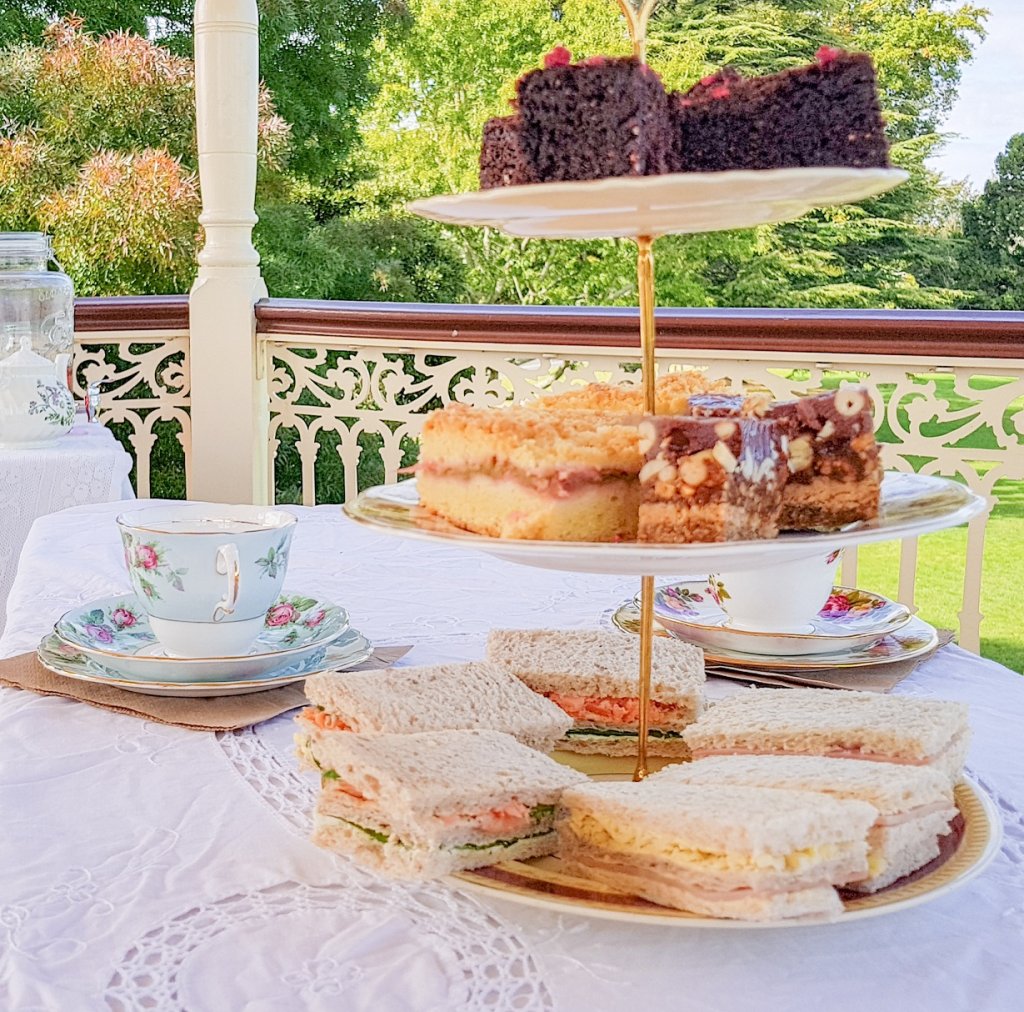 Delicious food was combined with a green message at the Mother & Daughter High Tea at the Leamington Band Rotunda on Sunday. Photo – Michael Jeans.

Claire Castle and her daughter, Molly, headed along the Mainstream Green Mother & Daughter High Tea at the Leamington Band Rotunda last the weekend, the first of two held in Cambridge on Sunday.

The event’s organiser, Nic Turner, said the idea came about after attending birthday parties with her four-year-old daughter. “Birthday parties have the potential to create quite a lot of waste,” she said.

So, she teamed up with council to run the event as part of the Autumn Festival, and said she was thrilled that the two events in Cambridge and two in Te Awamutu sold out quickly. That was, she said, a testament to the increase in public interest around reducing waste over the past 12 months. And by hosting events such as this, which are fun but with a serious message, Nic hopes to promote ‘greenfulness’ – being mindful of the environmental impact you are having in your everyday life. Which sounds pretty good to me. 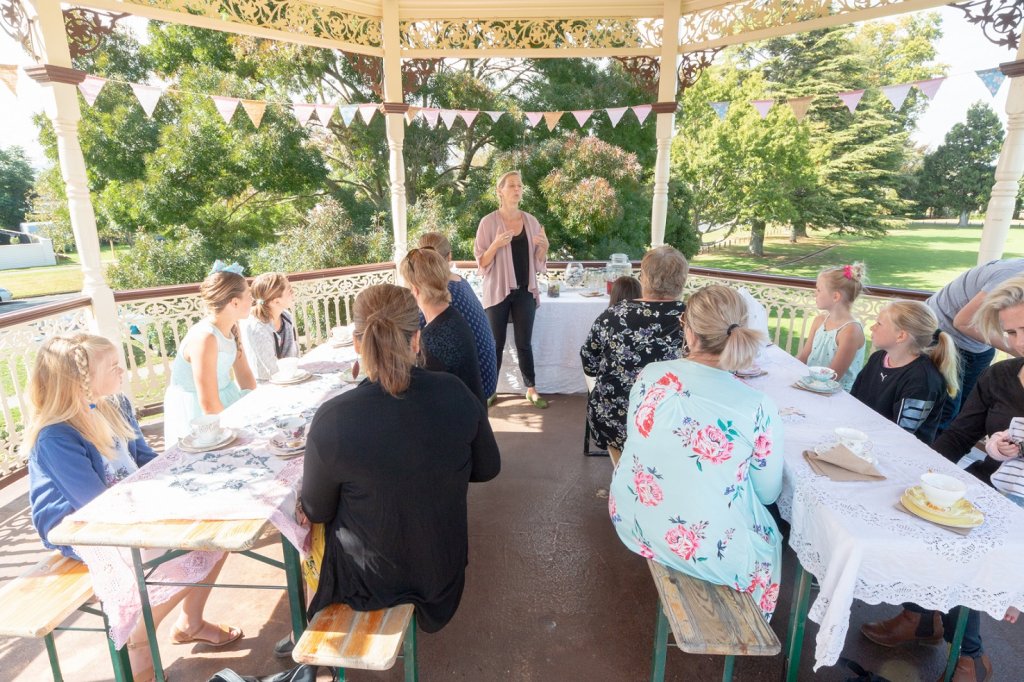 There were seven pairs of mothers and daughters in attendance, which was the perfect number for the rotunda to accommodate, and with fabric bunting flapping in the breeze we sat down to enjoy a spot of high tea with an eco-friendly message.

After a bite to eat, Nic talked us through her journey towards more sustainable celebrations, including the Japanese art of Furoshiki (wrapping presents in scarves) or using the kids’ artwork as wrapping paper, avoiding handing out goodie bags (let’s face it, most of the stuff gets broken by the time you get home, anyway), and giving experiences as gifts instead of presents. To that end, once the formalities were over, the girls set about making ‘fairy gardens’ in Mason jars. With pebbles, dirt and moss, the terrariums are self-sustainable and very environmentally friendly – the jars were from the op-shop and everything else could be chucked back into the garden – fun to do and kind to the environment. It was a winner.

The mums I spoke to said they had enjoyed the hour-long event, and more than one ‘mum radar’ was activated when Nic mentioned the possibility of doing an equivalent for fathers and sons in the future.