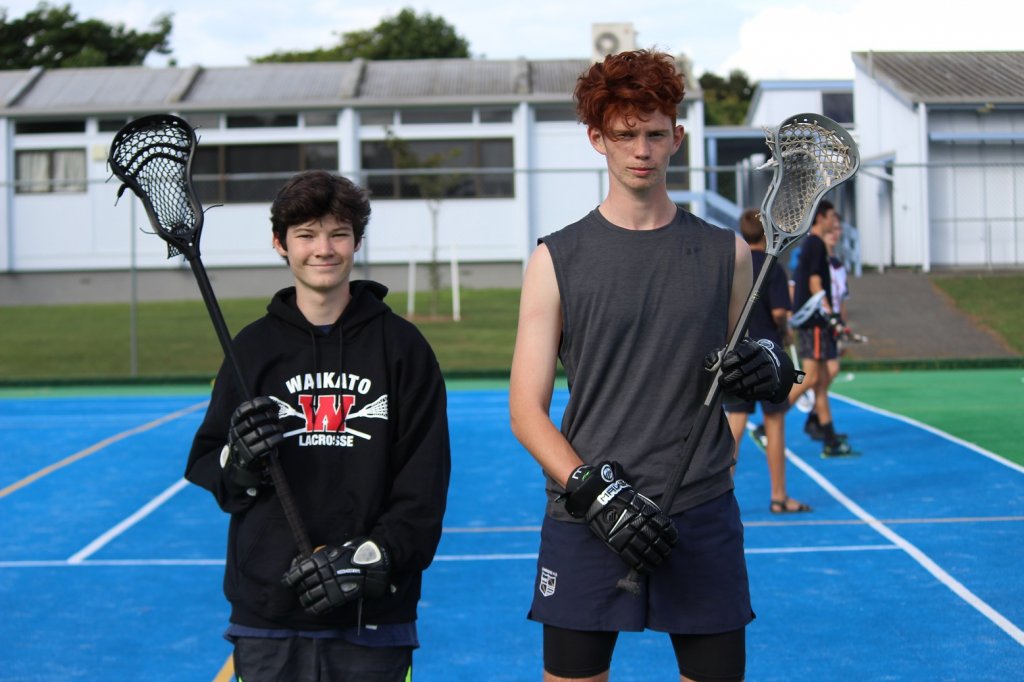 Finlay Pirie and Alistair Hearmon, both 15, played with the Waikato Men’s team to achieve a third-place position overall – an improvement from the team’s fourth-place result last year.

“I was, honestly, a little bit apprehensive at first,” explained the Waikato coach Anthony Warrington, also a Cambridge local. “That’s why I had to give them all the shoulder guards and the rib pads, I made sure to bubble-wrap them a bit… we were under a lot of pressure, so these guys handled it quite well.

“It was a great experience, playing with those people and gaining their experience,” Alistair said.

“It was fun,” added Finlay, “playing with professionals that play in the New Zealand national team and stuff like that, they taught us a lot.”

The Waikato team won two of their four games, losing 12 – 6 to the Auckland Blue (A) team, largely made up of the country’s top national players, and 4-10 to the Wellington Whites. The games they won, 8-7 and 9-7, were against a Wellington team which had beaten Waikato to the third-place spot last year. The pair will now continue playing in the high school lacrosse league.

“It was 7-5 getting towards half time, to Waikato, but then it became 7-6 to Waikato and I was like not again!” Coach Anthony said, remembering how “gutted” they were last year to have lost to Wellington, after finishing in the top three several years in a row. “So, we came third and I was quite pleased with our result, we got our third place back again,” he laughed.

The boys said they learned a lot from the experience.

“It actually wasn’t too bad,” Alistair said in relation to playing against fully-grown men. “They’re all really nice guys.”

“We had gear on, so it makes you feel a bit more confident, it makes you feel like you can charge into people and not get hurt,” said Finlay. “It helped us a lot (playing with older players). They teach you, so it was like, getting a fresh experience.”

The pair, who have only started the sport in the last two years, look forward to hopefully re-joining the Waikato men’s team next year, and for now will continue playing in the high school league, also under coach Anthony Warrington. They’ll also join a combined Waikato high schools’ lacrosse team for a reps tournament later this year.

Coach Warrington said the Waikato men’s team will likely continue playing indoor lacrosse over the winter, and anyone aged 15 and over interested in getting involved can visit Waikato Men’s Lacrosse on Facebook.